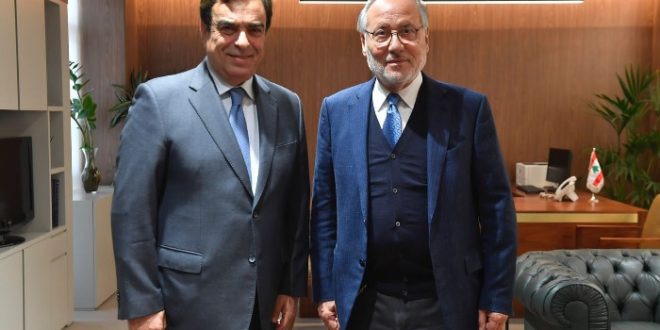 In his word, Kordahi indicated that he briefed his successor on the condition of the Ministry of Information and all its departments, including the National News Agency and Télé Liban.

He added that he had multiple projects for the ministry, wishing success for the government in its efforts to rescue Lebanon.

For his part, Halabi heaped praise on Kordahi’s “sense of national responsibility,” adding that his predecessor’s stance augurs well for the country.

He went on to highlight the importance of the initiative French President Macron Emmanuel Macron had launched during his tour in the Gulf, as well as that of Saudi Arabia’s re-openness to Lebanon.

On a different note, Halabi said that he would seek to develop a law for the audiovisual, written, and digital media.