Home / Issues and Investigations / Palestinian village of Susiya : a victim of displacement and control of the land 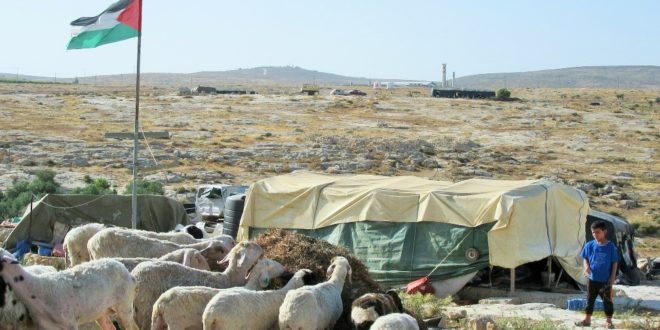 Susia Palestinian village east of Yatta town of Hebron province and is home to nearly 400 people and depend on livestock grazing and reclamation of several chrome of olive trees, which are classified as areas where the C within the control of Israel and no security.
Abandoned army of occupation of their land along the more than 3,000 acres, then gathered in the center of the village when desolate.

Parents housing along with archaeological remains called “Susiya,” a village center. When they signed the West Bank under Israeli occupation in 1967, the interest of the Israeli Antiquities archeological excavations began in the same area, and claimed later that they had found the remains of a synagogue there.

Established Israel by the settlement of Susia in 1983 and reached a population of 737 people in 2006. In 1986, the military expulsion of the Palestinian population from their homes after the Civil Administration announced that the original village as a national park is located at the center of an archaeological site. The Palestinian population is exposed to repeated assaults and the international community considers Israeli settlements in the West Bank are illegal under international law.

In the late nineties it was the people of the village receives the demolition of many of the Israeli Civil Administration authorities orders, some homes and wells. In the June 2001 killing of the settler “to Yair Har -Sinai,” who lives in the settlement of Susia interview, which took place in 1983 on the territory of the village, Following the expulsion of the occupation army villagers wiped out, their property was demolished and damaged caves and landfill water wells, in order to obliterate any teacher of life where landmarks. And remember that the testimonies of several settlers had participated this process of displacement by the police and the Israeli army to.

And it delivers the people of Susia of attacks by settlers on their lands and homes, some of them documented VIDEO attached to complaints made to the police occupation, was doomed to neglect and closure of investigation files without charge for well-known actors and the ones shown in the video. The newspaper “Haaretz” reported in August 2012 that since the year 2001 to the year 2012 offers the people of Susia about 200 complaints to the center of the Israeli police in the settlement of Kiryat Arba, against attacks by settlers, which included physical abuse, uprooting trees, touch the animals, the threat, throwing stones, displacement limits, and causing damage to property, but most of these complaints have been closed without any indictment.

Susiya residents suffer from frequent demolition of their homes and did not care about one of their cause and their displacement, and in May 2013 launched the movie “from the hocks to Susia “where the story of two Palestinian villages displays suffer from displacement policy.

According to the above, the Financial Times published a report on the conflict, the population of the village of Susia with the Israeli enemy’s government, which is seeking to destroy appease Israeli settlers.
John Reid said in his report , he said that the government seeks to demolish Susia comes within the so-called non-governmental organizations unprecedented demolition of Palestinian homes and their facilities in the West Bank , which it is built , some with funding from the European Union campaign.

The writer mentioned UN statistics according to which the Israeli authorities bulldozed 625 Palestinian homes in the region so far this year, 941 people were deported, any more than I did in the whole year 2015.
Reid said that the Palestinians were driven from their homes in 1986, to make way for the archaeological excavations at the site believed to contain the effects of a synagogue.
Palestinians say their homes completely destroyed twice, and partly seven times in the nineties, in spite of the expansion of the Jewish settlement of the same name and the violation of international law, like other settlements.
He added that the writer Israeli pro -settler group pressing for the enemy’s right-wing government, in order to expel the residents of the village as “illegitimate.”
The Palestinians sees, according to the writer, that the conflict in Susia my destiny, because they are demanding the Israeli enemy government licensing them to build in the region Q

Human rights organizations considered that the demolition of houses is part of a wider scheme and a policy aimed at reducing the number of Palestinians in the occupied West Bank.
The conflict in Susiya is a struggle of a different model of the ordinary. Villagers who do not have any of the elements dealing and violent fanaticism held by the settlers, who often do not get bored from attacking the village and its inhabitants, are still committed to live on their land. And any of the colonial arguments soon fail to convince them otherwise.

The remaining Susia, although the face of genocide that hinder the natural life, refuses to be Israel’s next victim of the same 45 years of suffocating military of the West Bank and Gaza Strip to the occupation. 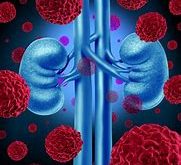