Speaker of the House, Nabih Berri,  on Monday welcomed Caretaker Minister of Information, Dr. Manal Abdel Samad Najd, with whom he discussed the new media law, as well as other MoI affairs.

“We’ve discussed the media law, on which we have made our observations, and then proposed as a law. This law proposal has been presented to the Administration and Justice Committee, so I’ve asked the House Speaker whether it was any possible to give it priority and get it approved it as soon as possible for it shall reflect positively on the media in general — whether public or private,” Abdel Samad said.

“There are currently two law proposals being studied by parliamentary committees. I wished of the House Speaker to quickly have them approved, especially in view of the sums paid by contractors upon the end of their service,” Abdel Samad added. 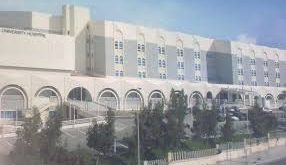