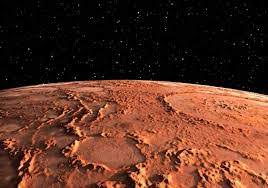 Several liquid bodies have been found under the south pole of Mars, according to a major new study.

The findings give extra credence to previous research that suggested there could be a large saltwater lake underneath the Martian surface, the researchers claim – and also led to them discovering a number of other wet areas.

The findings could be key in the search for alien life on the planet, the researchers note, given life as we know it requires liquid water to survive.

They will also be key to “planetary protection” work that ensures that humanity doesn’t contaminate other planets with life from Earth during missions to explore them.
The researchers call for future work to better examine Mars, its chemistry – and whether there might be any traces of what they call “astrobiological activity”, or alien life.

The discovery was made using MARSIS, or the Mars Advanced Radar for Subsurface and Ionosphere Sounding, which is onboard the Mars Express spacecraft sent by the European Space Agency to orbit around Mars.

The instrument sends radar pulses that can penetrate the surface and ice caps of Mars. They can then be measured as they bounce back towards the spacecraft, allowing researchers to delve into the planet without actually touching it.

In 2018, researchers using that instrument announced they had found a vast lake beneath the surface of Mars, hailing it as a major breakthrough in the search for alien life on the planet. But the study was also questioned by experts who wondered whether the scientists had gathered enough detail on the nature of the body to know for sure whether it was a body of liquid water.

In the new study, researchers led by Elena Pettinelli from Roma Tre University used techniques borrowed from Earth satellites to study the lakes beneath Antarctic glaciers.

By doing so, they were able to analyse data from MARSIS that examined a huge array around the body they had found on Mars. That allowed them to confirm that it was liquid.

They were also able to find a number of other patches, separated from the main body by dry areas, which together appear to make up a patchwork of various salty lakes.

“Not only did we confirm the position, extent and strength of the reflector from our 2018 study” said Professor Pettinelli, “but we found three new bright areas.”

“The main lake is surrounded by smaller bodies of liquid water, but because of the technical characteristics of the radar, and of its distance from the Martian surface, we cannot conclusively determine whether they are interconnected,” she said in a statement.

The data appears to indicate that the bodies are “hypersaline solutions” –a brine in which high concentrations of salt are dissolved in water – which is perhaps the reason they are able to stay liquid despite the very cold conditions of Mars’s south pole.

The fact that there is a whole set of lakes suggests that they have probably formed relatively easily, and that versions of them may therefore have been present throughout the history of the planet. If that was the case, then they could have served as home for alien life that flourished when Mars was more easily habitable – and those lakes that are left behind could be a shelter for whatever life is still around.

“While the existence of a single subglacial lake could be attributed to exceptional conditions such as the presence of a volcano under the ice sheet, the discovery of an entire system of lakes implies that their formation process is relatively simple and common, and that these lakes have probably existed for much of Mars’ history,” said Roberto Orosei, principal investigator of the MARSIS experiment.

“For this reason, they could still retain traces of any life forms that could have evolved when Mars had a dense atmosphere, a milder climate and the presence of liquid water on the surface, similar to the early Earth.”

The study, ‘Multiple subglacial water bodies below the south pole of Mars unveiled by new MARSIS data’, is published in Nature Astronomy. 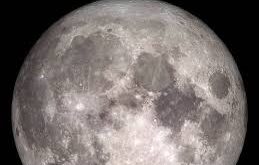 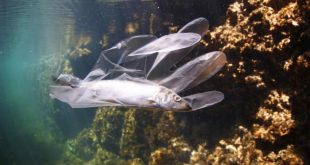 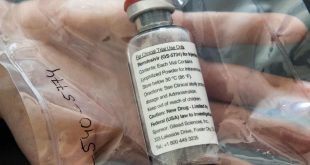