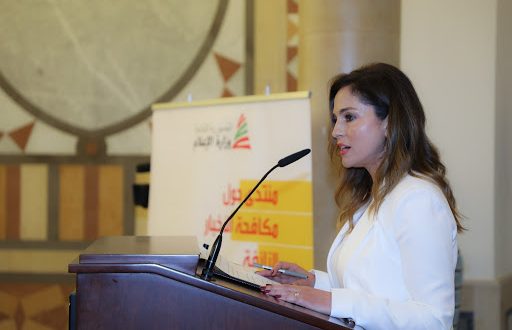 Organized by the Lebanese Ministry of Information “Curbing Fake News Forum” was held under the auspices of Minister of Information, Dr. Manal Abdel Samad Najd, on Wednesday July 15, at the Grand Serail in Beirut. The Forum was diffused on Tele Liban, on the ministry of information’s Facebook as well as on the ministry’s Twitter account.

The unprecedented disinformation campaigns and rumors against the government that “aim to make its rescue mission more difficult to achieve and to drown people in desperation” was the main focus of minister Manal Abdel Samad’s speech.

With the technology’s availability today, Minister Abdel Samad declared it has become easier to spread fake news and false information in order to manipulate the public opinion particularly through social media platforms. “All of us have a responsibility to fight fake news” she said.

Abdel Samad noted that it is extremely important to make it possible for any citizen to check the validity of doubtful and suspicious news and claims. Accordingly, the Information Ministry created the fact checking website and made it easily accessible through the National News Agency (NNA) website.

UNICEF representative in Lebanon, Yukie Mokuo, insisted via Skype, on the “crucial need of access to accurate and trustworthy information on Covid-19” during this global health crisis. Mokuo added that the huge spread of Covid-19 related fake news contributes in increasing the threat of the pandemic on children and in exposing them to poverty. She disclosed that UNICEF has deployed many efforts in order to curb fake news and support the most vulnerable families in Lebanon facing the pandemic.

Tara Fiscbach and George Salameh, representatives of the two social media giants Facebook and twitter, introduced the panel of measures implemented by both companies to fight fake news and disinformation campaigns, particularly those related to Covid-19. They also detailed the strategies adopted by both platforms in order to provide their audience worldwide and most particularly in the MENA region, with credible sources of information.

In this framework, Josette Abi Tamer, journalist at AFP, introduced several tips and advices on how to check the accuracy of doubtful news and information.

Dr. Nabil Khoury, a Lebanese clinical psychologist and family counselor, gave a detailed description of the different type of fake news as well as the various motifs behind them. Dr. Khoury noted that as some people tend to publish false information for political ends, others may fabricate rumors to gather more attention or to have fun.

WHO representative in Lebanon also insisted on the importance of standing with the citizens during this crisis by providing them with trustworthy and reliable sources of information.

Furthermore, Lebanese Minister of public health Dr. Hamad Hassan, highlighted the importance of the role played by both citizens and media outlets in maintaining national security as the country faces the threatening crisis of Covid-19.

Chairman of the National Committee for Communicable and Infectious Diseases, Dr. Abdel Rahman Al Bizri considered that it is normal to find a huge amount of published information concerning the global pandemic, since the virus is newly discovered and the entire world is progressively learning about it. Dr. Al Bizri urged the authorities as well as media outlets to train journalists on health issues before asking them to cover a major health crisis.

Dr. Jad Melki exposed the results of a statistic research showing that the majority of Lebanese people choose traditional media outlets and platforms to get news and information related to the virus.

UNESCO representative in Lebanon, Hamad Al Hammami said that journalists are personally responsible of checking the accuracy of news and information. He also highlighted the importance of promoting transparency in the fight against fake news.

Furthermore, Dr. Taher, founder of a fact checking platform, noted that the world today is facing an “infodemic” even more dangerous that the pandemic itself. Dr. Taher described the task of curbing fake news in the Middle East as a “very hard one”, since the fabrication of false news and disinformation campaigns became an industry in the region. He added that this fight needs a “critical thinking” while the region drowns in conspiracy theories.

CNN senior correspondent in Beirut, Ben Wedeman, had a unique and bold opinion. Wedeman stated that “for some people, fake news is the news they don’t want hear”.

“Citizens cannot survive without access to trustworthy sources of information” said Dr. Stephan Bazan. “Regimes could have recourse to disinformation campaigns and rumors as tools of cyberwar. The use of such tools largely harms our democracies”, he added.

To give more value to the reliable sources of information in debunking fake news, UNDP representative, Celine Moyroud declared that providing citizens with such sources contributes in promoting peace and freedom of speech. Moyroud insisted on the importance of investment in education.

UN Under-Secretary-General for Global Communications, Melissa Fleming, considered that “Covid-19 is hitting us all but it is not hitting us equally”. Fleming said that the world is facing a pandemic and an “infodemic”, a term she defined as “a huge amount of information mixed with some false and fake news.” Fleming stated that for the first time in history a pandemic is being covered by social media and other media outlets, that is why an enormous amount of news and information is being shared and published through many platforms. “This flood of doubtful information is more dangerous than the virus itself” she ended.

From a legal point of view, Mr. Ziad Baroud, said that the sentence of spreading rumors is based on the content of the rumor itself not on the act of spreading it.

Mr. Ghassan Moukhayber concluded the forum saying that individuals or groups harmed from spread of fake news have the right to respond to the allegations and to clarify their position. Moukhayber ended by stating that disinformation causes a serious threat to the society as well as to the freedom of speech. 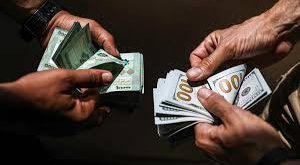 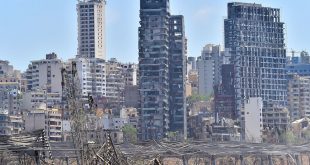