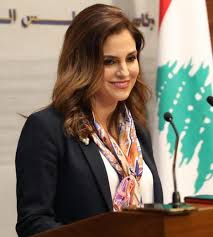 Individual respect for coronavirus containment measures and a return to economic life is the best way to strike a “balance between people’s health and their livelihoods,” Information Minister Manal Abdel-Samad said Tuesday.

“We are still in a critical stage but we could not continue to close the country, as there were some institutions that began to shut down and there were employees who started to lose their incomes,” Abdel-Samad said in televised comments after Tuesday’s Cabinet session at the Grand Serail.

She added that public awareness and individual commitment to measures to counter the spread of coronavirus, which has infected 1,242, people in Lebanon, were needed.

Abdel-Samad said that the next stage of emergency aid to Lebanese families affected by coronavirus would be launched in the coming days. The assistance will be paid monthly until the end of the current year, she confirmed.

Following the Central Bank’s announcement last week to subsidize the import of certain basic food items, Abdel Samad reported that the Economy Ministry’s list of goods eligible for import credits contained around 30 types of commodities. “The signs are encouraging that food prices will be lowered,” she said.

On the issue of key banking sector and judicial appointments, Abdel-Samad said discussions on that subject had been postponed until next week 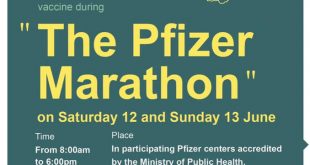