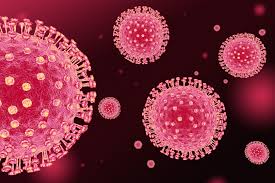 The number of Covid-19 cases recorded worldwide is nearing 2 million, as Vladimir Putin warned warned officials to brace for “complex and extraordinary” scenarios in Russia as a result of the outbreak.

The country reported 2,558 new cases on Monday, its highest daily figure yet, as officials tightened lockdown restrictions in Moscow. The overall nationwide tally stood at 18,328 and the death toll was 148.

Putin told officials in a video conference the situation was “changing practically every day, and unfortunately not for the better” and Russia’s next few weeks would be “decisive”.

“We have a lot of problems, we don’t have anything especially to brag about and we definitely mustn’t relax,” he added.

He told officials they needed to “consider all scenarios for how the situation will develop, even the most complex and extraordinary”.

His warning came as the number of global infections rose to more than 1.92 million, according to Johns Hopkins University. At least 119,678 people around the world have died, with the highest death tolls in the US and Italy. About 450,000 people have recovered.

The true number of infections is likely to be higher, with suspected underreporting or limited testing in some countries. President Alexander Lukashenko in Belarus has made the claim of zero infections or danger from the virus.

In the video conference, Putin called for measures to end shortages of protective equipment for medics and added that Russia would also bring in the defence ministry to help if necessary.

China has also voiced concern about spread of the virus in Russia.

While China’s daily reported infection rate remains far below its peak during the pandemic, the majority of new cases have been in regions bordering its northern neighbour. The area has become the new focus of containment measures, with some lockdown measures brought in for the cities of Hubin and Suifenhe.

On Monday, China’s national health commission reported 79 of the 89 new imported cases were in Heilongjiang province. They were all Chinese citizens travelling home from Russia, state media said on Tuesday.

“Russia is the latest example of a failure to control imported cases and can serve as a warning to others,” said the state-owned English-language Global Times in an editorial.

“The Chinese people have watched Russia become a severely affected country … This should sound the alarm: China must strictly prevent the inflow of cases and avoid a second outbreak.”

China last week closed one of the last remaining land borders with Russia, in Suifenhe. Russia had already stopped flights to China and closed its land borders to incoming traffic in late January and early February.

In the US, President Donald Trump repeated his threat to withhold funding from the World Health Organisation.

In a bizarre and combative press conference, which some journalists labelled “North Korea style”, the US president played video clips of state governors praising him and wrongly claimed he had the “ultimate authority” to reopen the country and scale back distancing measures. Trump said the country would learn soon if he had decided to reopen the economy on 1 May.

He refused to admit any mistakes in his government’s virus response, amid continuing fallout over a New York Times investigation which revealed how little was done by Trump and his administration when they had time to prepare for the arrival of the virus in January and February.

More than 23,000 Americans have died. The director of the Centres for Disease Control and Prevention (CDC), Robert Redfield, said the US was nearing its peak.

Officials around the world have warned that halting quarantine and social-distancing measures could undo the hard-earned progress against the disease.