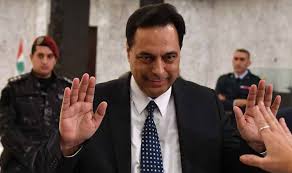 In an unexpected turn of events Wednesday, Prime Minister-designate Hassan Diab appeared close to finalizing a lineup for his government, political sources said. “There are still two or three names that need to be sorted and God willing the lineup will be finished,” a Baabda Palace source told The Daily Star. The source added that in principle, the new Cabinet will be made up of 18 ministers, but the number could increase to 24.

However, the source was not definite on whether the Cabinet would be formed this week. “Let’s wait for the meeting between [Speaker Nabih] Berri and Diab Thursday.”

Berri Wednesday stressed that what was needed was a Cabinet that has a clear road map that could fulfill people’s demands and regain domestic and international trust.

The speaker said that any support for the new government was contingent on it putting forward a plan that would help end the financial and economic collapse.

“We hope that the Lebanese [people] will have a government soon and we trust that Lebanon and the Lebanese won’t lose hope and are capable of getting out of the current crisis,” Berri told MPs during his weekly meeting with MPs, according to a statement from his office.

Separately, political sources familiar with the weekly bloc meeting said Berri was optimistic about government formation soon if things remained on the right track.
Berri said that if “intentions were genuine then the formation of a government is possible within a week,” a parliamentary source said.

“[During the meeting] Berri spoke about the positive atmosphere and did not point out any complications [facing the formation of a government],” the source added.

MP Ali Bazzi, quoted Berri as saying that work was underway to protect bank deposits amid a financial crisis facing the country.

Berri also called for Parliament to convene on Jan. 22-23 for a legislative session to discuss and endorse the draft 2020 state budget.

Bazzi said Parliament was ready to “secure the preservation of people’s rights” and that of small depositors and the deposits of expatriates would be protected.

Separately, Berri met with U.N. Special Coordinator for Lebanon Jan Kubis, who earlier Wednesday blasted the current political class for the deadlock in the country. “Another day of confusion around the formation of a government, amid the increasingly angry protests and free-falling economy. Politicians, don’t blame the people, blame yourselves for this dangerous chaos,” he said via Twitter before meeting Berri.

In another tweet, he said “Lebanon is truly unique – the BDL Governor is requesting extraordinary powers to at least somehow manage the economy while those responsible watch it collapsing. Incredible.”

Kubis was referring to a letter sent to caretaker Finance Minister Ali Hassan Khalil on Jan. 9, in which Central Bank Gov. Riad Salameh sought extra powers to regulate and standardize controls that commercial banks are imposing on depositors to ensure “fair relationships” between banks and customers.

Caretaker Prime Minister Saad Hariri threw his support behind Salameh, while pointing fingers at the Free Patriotic Movement for the squandering of public money.

Hariri’s comments came a day after clashes erupted in Beirut’s Hamra during protests in front of the Central Bank headquarters and that later turned violent after some banks and ATMs where vandalized.

The outgoing premier denounced the developments Tuesday night and warned of a systematic campaign against Salameh. “The governor has immunity, and no one can sack him,” Hariri said.
“All people want to blame the Central Bank for the current financial crises, but we should know that the state lent between $47 billion and $50 billion for the electricity issue,” Hariri told reporters after meeting Salameh at his Downtown Beirut residence.

“If we had finished the necessary reforms for the electricity sector, then there would have been $47 billion [saved], but instead these billions are in the hands of illegal generator owners,” Hariri said.

Hariri’s comments put blame on the FPM, which has had control over the Energy Ministry since 2009. The caretaker premier also accused the FPM, which is headed by caretaker Foreign Minister Gebran Bassil, of “having nothing else to do other than obstructing the government’s work.”

The tension between Hariri and Bassil came a day after the FPM head accused the caretaker premier of failing to carry out his duties in a caretaker capacity, after he resigned as premier on Oct. 29, shortly after nationwide anti-government protests broke out.

Hariri said that he was fulfilling his duties.

Diab was tasked with forming a new government, vowing that he would form a government of experts. On this issue, Hariri said the Future Movement parliamentary bloc “will give the new government a chance to work … and then we will decide what our position toward it will be.” 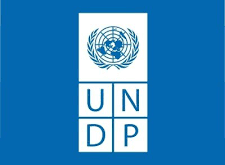