Continued inaction would be ‘betrayal of our entire human family and all generations to come’, says Antonio Guterres

The UN secretary general has warned that the planet is close to “the point of no return” and branded global efforts to combat climate change “utterly inadequate”, as world leaders gather for a vital conference on the Paris Agreement.

Rulers and delegates from almost 200 countries will attempt to firm up the commitments made in 2015, establish new international rules for emissions trading, and broker systems of compensation for poorer countries already affected by global warming.
The Alliance of Small Island States, representing nations most at risk from rising seas, views the talks as the last chance to avert potential “catastrophe”, while Save the Children warns that 33 million African children are facing hunger as a result of cyclones and droughts made more likely by climate change.
“The point of no return is no longer over the horizon,” Mr Guterres told reporters in Madrid. “It is in sight and hurtling towards us.”

Noting that the world has the scientific knowledge and the technical means to limit global warming, the UN chief denounced policymakers’ lacklustre response in the face of a “global climate emergency”.

Mr Guterres said: “The signals of hope are multiplying. Public opinion is waking up everywhere, young people are showing remarkable leadership and mobilisation.

“More and more cities, financial institutions and businesses are committing to a 1.5C pathway … what is still lacking is political will.

He said that for the leaders of all countries to show “anything less” than accountability and responsibility, and a willingness to commit to ambitious targets “would be a betrayal of our entire human family and all generations to come”.

But he insisted his message was “one of hope, not of despair. Our war against nature must stop and we know that that is possible.”
Some 70 countries – many of them among the most vulnerable to climate change – have pledged to stop emitting more greenhouse gases by 2050. But some of the world’s largest emitters are yet to do so.

Mr Guterres said he hoped the Madrid meeting would prompt governments to aim for net-zero emissions by 2050, ahead of a deadline to do so at COP26 in Glasgow next year.

Last week, the UN’s World Meteorological Organisation warned that the level of greenhouse gases had reached another all-time high, “with no sign of a slowdown, let alone a decline”.

Four years after the Paris Agreement, negotiators are still to tackle the contentious issue of creating a worldwide market for emissions – a key element of the sixth article of the 2015 accord.

“We are here to find answers for article six, not to find excuses,” Mr Guterres said.

While these talks represent the last chance for countries to keep the Paris Agreement alive by firming up their targets for 2050 after a five-year grace period, the conference also marks the first since Mike Pompeo’s announcement that the US would turn its back on the accord, as Donald Trump had long threatened.

The US will be represented by Marcia Bernicat, the assistant state secretary for international environmental affairs, while House speaker Nancy Pelosi will also lead a delegation of Democratic lawmakers.

Organisers expect about 29,000 visitors in total, including 50 heads of state and government for Monday’s opening, as well as scientists, seasoned negotiators and activists during the two-week meeting.

The talks were initially to be hosted in Chile, but deadly anti-government protests in its capital, Santiago, saw the conference relocated to Spain.

Greta Thunberg is making her way across the Atlantic in a catamaran in order to attend the talks, and is expected to land in Lisbon on Tuesday morning. 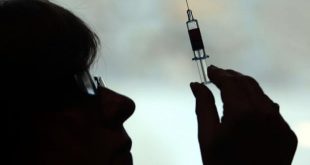 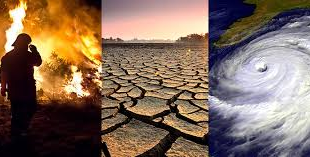 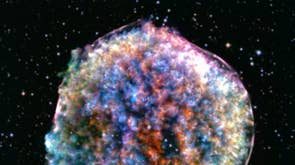