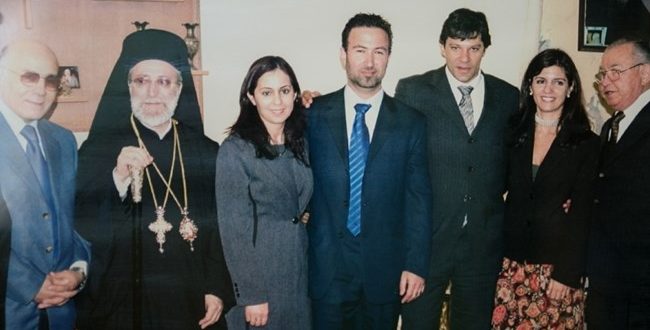 AIN ATA, Lebanon: Nestled in the mountains of the Rashaya district, covered by greenery and carrying the scent of fresh air, residents of the small village of Ain Ata are proud of “their son” Fernando Haddad, who is running in Brazil’s presidential elections. A former mayor of Sao Paulo, Haddad made it through the first round of voting earlier this month to be one of two contenders in the runoff election on Oct. 28.
Haddad’s reputation in the village where he traces his roots precedes him, and the pride that locals have for the candidate can particularly be traced to his grandfather, Habib Haddad, a celebrated priest.
Despite the fact that Habib passed away years ago, his legacy has lived on and been passed through the generations in the village, which is predominantly inhabited by Druze and Christians.
When he was serving as Brazil’s education minister, Fernando visited his ancestral village in 2006, on a mission to learn more about his father’s and grandfather’s history.
“Since our childhood, we felt that this town was of one sect. This makes Ain Ata a model town in coexistence,” said Sheikh Ali Ghazaleh, one of the village’s notables.
“We are proud of this relationship, but it did not come out of nowhere. It was ingrained by good men such as priest Habib Haddad and [other] sheikhs,” Ghazaleh told The Daily Star, speaking from his house located in one of the village’s narrow passages. His great grand-father, Druze Sheikh Shamseddine Ghazaleh, and Habib were among the village’s leading figures in their day, he said.
He explained that Fernando’s grandfather was something of a mukhtar a local official in the village. If anyone in Ain Ata had a problem, regardless of whether they were Druze or Christian, they would head to Habib’s house.
As a warm smile spread across his face, Ghazaleh said that Habib had been nicknamed the “priest of the Druze,” given that he cared about Druze affairs as much as he did for Christians in the village.
“His house was a place to resolve the problems of the village,” Ghazaleh said. “We were raised on the basis of appreciating this house and this person,” he added.
At around 90 years old, the priest immigrated to Brazil in the early 1950s after his children, including Fernando’s father, Khalil, preceded him. Ghazaleh recalled witnessing when he was 10 years old the emotional farewell between his great-grandfather and Habib. “I couldn’t but see tears covering both of their faces,” he said.
Years after his family settled in Brazil, Fernando’s visit to Ain Ata brought a flood of emotions and memories to the village’s residents.
A wide welcome awaited him, and Ghazaleh recalls Fernando being showered with appreciation for not forgetting where he came from. Despite not speaking Arabic, Ghazaleh said that Fernando was humble and was grateful for Ain Ata’s support of him and his family. “And then he went back to Brazil, but we kept asking about him until we learned a few months ago that he is running as a candidate in the Brazilian elections,” Ghazaleh said with pride.
Fernando’s one-day visit to Ain Ata also included a visit to his grandfather’s house.
The house is currently owned by the Abdul-Haq family, who have preserved the building and tried to maintain its authenticity.
Located a few meters away from Ghazaleh’s residence, Habib’s old stone house is notably located near a Druze shrine. The single-floor residence is a typical old Lebanese house, consisting of several rooms.
Hamad Abdul-Haq, who currently takes care of the house, explained that it was vital for his family to keep it open to locals in Ain Ata and to the Haddad family after his father bought it from Habib. Abdul-Haq said his father had asked him and his brother to promise to protect the house and the history it carries.
The deal to buy the house was struck in Brazil, where Abdul-Haq’s father had been based, after the priest had already settled there.
“Many people had requested to buy the house, but Habib chose my father,” Abdul-Haq said, speaking from the house’s wide salon. Portraits filled its walls, including one of Habib and another of Fernando from his 2006 visit. “Everything was kept as is. We just made some improvements to the floor,” he noted. “This house has a historical value to it,” he said. “We tried our best to maintain this.” 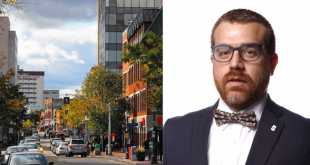 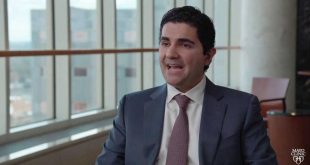