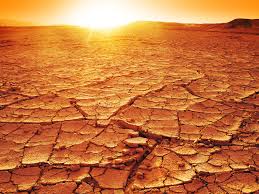 Shrinking reservoirs in Morocco, India, Iraq and Spain could spark the next “day zero” water crisis, according to the developers of a satellite early warning system for the world’s 500,000 dams.
Cape Town recently grabbed global headlines by launching a countdown to the day when taps would be cut off to millions of residents as a result of a three-year drought. Drastic conservation measures have forestalled that moment in South Africa, but dozens of other countries face similar risks from rising demand, mismanagement and climate change, say the World Resources Institute (WRI).
The US-based environmental organisation is working with Deltares, the Dutch government and other partners to build a water and security early warning system that aims to anticipate social instability, economic damage and cross-border migration. A prototype is due to be rolled out later this year, but a snapshot was unveiled on Wednesday that highlighted four of the worst-affected dams and the potential knock-on risks.
The starkest decline is that of Morocco’s second-largest reservoir, Al Massira, which has shrunk by 60% in three years due to recurring drought, expanding irrigation and the increasing thirst of neighbouring cities such as Casablanca. Despite recent rains, the WRI said water was now at the lowest level in a decade. The last time the dam was so depleted, grain production fell by half and more than 700,000 people were affected, it said. Pressure on this water source will grow later this year when a new water transfer project links it to the city of Marrakech.
In Iraq, the Mosul Dam has seen a more protracted decline but it is also now down 60% from its peak in the 1990s as a result of low rainfall and competing demand from Turkish hydropower projects upstream on the Tigris and Euphrates. As in Syria and increasingly also Iraq, water stress has added to conflict and been a driver for relocations of people from the countryside.
Tensions have also been apparent in India over the water allocations for two reservoirs connected by the Narmada river. Poor rains last year left the upstream Indira Sagar dam a third below its seasonal average. When some of this shortfall was passed on to the downstream Sardar Sarovar reservoir, it caused an uproar because the latter is a drinking supply for 30 million people. Last month, the Gujarat state government halted irrigation and appealed to farmers not to sow crops.
The social risks are lower in industrialised countries that are less dependent on agriculture and more economically resilient. Spain has suffered a severe drought that has contributed to a 60% shrinking of the surface area of the Buendia dam over the last five years. This has hit hydropower generation and pushed up electricity prices, but the agricultural knock-on effects are limited by the relatively small – 3% – contribution of farming to the nation’s GDP.
All four dams are in the mid-latitudes, the geographic bands on either side of the tropics where climate change is expected to make droughts more frequent and protracted. As more reservoirs are scanned in the coming months and years, the WRI expects more cases to emerge.
“These four could be a harbinger of things to come,” said Charles Iceland of the WRI. “There are lots of potential Cape Towns in the making. Things will only get worse globally, as water demands increase and the effects of climate change begin to be felt.”
Gennadii Donchyts, senior researcher for Deltares, said the reservoir-monitoring service will steadily grow in size as information is added from Nasa and European Space Agency satellites that provide resolutions of between 10 and 30 metres on a daily basis. The petabytes of data are analysed using Google Earth Engine and algorithms to compensate for periods where parts of the surface area are covered by cloud. 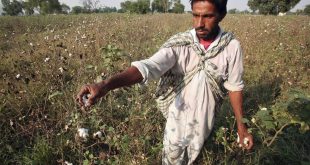 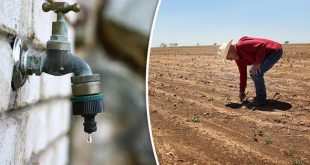 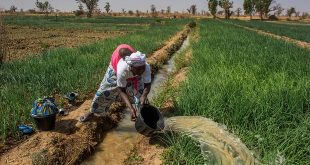