Home / Economy / Study: Oil, gas could be worth billions per year 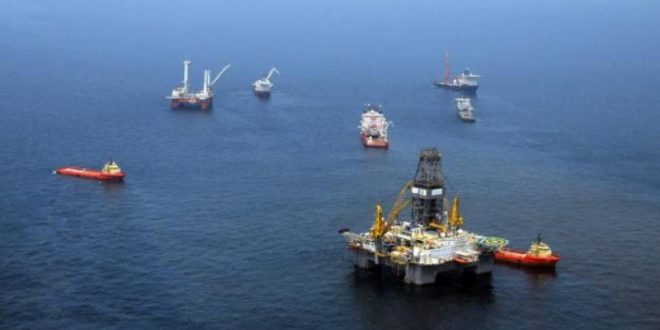 Study: Oil, gas could be worth billions per year

The estimated average annual revenues from potential oil and gas reserves would be approximately $5.7 billion for 20 years, a study by Fransabank has said.

Titled “Is Lebanon Really an Oil and Gas Producing Country?” the study aims to give an overview of the measures taken by the government to pave the way for oil and gas exploration in Lebanon in addition to the impact of the sector on the economy and the challenges expected to face Lebanon in this area.

It also quoted Beicip-Franlab as saying Lebanon’s total oil reserves are likely to range between 440 and 675 million barrels, or an average of 557.5 million barrels. As for natural gas reserves, it said, oil and gas seismic data specialist Spectrum estimates Lebanon’s offshore gas reserves at between 12 trillion and 25 trillion cubic feet. “Given such figures, the average annual gas reserve is estimated at $8.2 billion and that of oil at $4.5 billion,” the report said.

Fransabank noted that such estimates will enhance the government’s public revenues and keep the average ratio of fiscal deficit to GDP at a depressed level of 4-5 percent per annum. “Consequently, the government would be better able to control the growth of its public debt, and perhaps lower it to below 100 percent if radical fiscal reforms are adopted to curb public spending and enhance public revenues,” the report said.

Among the benefits of oil and gas production in Lebanon, according to the report, is lowering the country’s hydrocarbon imports, thus reflecting positively on the current account balance, which is expected to record a surplus of 1-1.5 percent of GDP over 20 years.

Another benefit would be the increase in foreign direct investment inflows to Lebanon because exploration and production of oil and gas will require investments from international companies, which will enhance the capital account.

“With an enhanced position of both the current and capital accounts, the country’s balance of payments is expected to record a substantial surplus,” it said.

The potential extraction of oil and gas reserves in Lebanon would make a positive contribution to the economy but also carries some expected negative repercussions, the study stated. The study said that strong capital inflows could cause a real exchange rate appreciation of the Lebanese pound, and could trigger a boom in the non-tradable sector – mainly the construction and banking sectors – by lowering import prices or stimulating external credit. “Such a development can undermine financial resilience of the country while exposing its economy to high risks when the world oil and gas prices and revenues fall. Furthermore, the higher inflation rates and appreciation of the local currency stimulated by larger capital inflows and increased money supply affect the entry of firms into the tradable sector, thus limiting diversity in production and hindering firms from developing their export capability,” the study said.

“A specific concern is that a potential sharp real appreciation of the Lebanese pound could weaken the competitiveness of its export and tourism sectors, resulting in employment losses and hence higher unemployment,” it added.

Oil and gas production’s expected enhancement of Lebanon’s current account balance and capital account balance also implies increased capital inflows and money supply in circulation, and consequently an increase in inflation. The study added that another source of increased inflation would be the expected increase in public revenues and also public spending, thus raising aggregate demand in the local economy and hence inflation.

Also, it said, the oil and gas resources will increase the country’s exports, thus causing an appreciation of the pound. Consequently the prices of domestic goods are expected to increase relative to those of foreign goods, which will hinder Lebanese exports.

Another risk that could result from potential oil and gas extraction is the fact that revenues derived from exhaustible resources such as oil and gas are highly volatile due to the high volatility in these commodities’ prices on the international markets.

The study explained that many oil-producing countries witnessed major economic setbacks once they started exploiting oil and gas resources because higher price volatility exerts a negative impact on economic growth. This is why the study emphasized the need to take effective measures to strengthen institutions, governance structures, fiscal accountability and transparency to avoid the “resource curse” which is poor economic performance caused by dependence on natural resources.

The study added that the launching of the hydrocarbon industry in Lebanon faces obstacles on the political and economic levels. Some of the obstacles include the ongoing political bickering on the petroleum laws and decrees, the conflict in Syria and the political instability in the Arab region caused by the Arab Spring.

Another obstacle is the security threat given Israeli’s ill intentions toward Lebanon and its potential gas and oil reserves.

“As for economic obstacles, there will be a long period of oil and gas extraction which could extend to some 7-10 years at least. Also, there is the large cost of exploration which could reach $100 million per well,” the study said.
Daily star

gas could be worth billions per year Study: Oil 2017-08-02
edenglish
Share

Tags gas could be worth billions per year Study: Oil