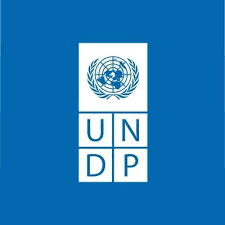 Recovery efforts from the Beirut port explosion of 4 August must look beyond the reconstruction of buildings and infrastructure to ensure a people-centred response, according to a new United Nations Development Programme (UNDP) report launched today. The report argues that the response needs to be inclusive, addressing in just and equitable ways the structural vulnerabilities faced by most disadvantaged groups and impoverished communities, including women and girls; migrant workers; refugees; the elderly; and children and youth.

Employing an analytical framework grounded in the principle of inclusiveness enshrined in the universally accepted 2030 Agenda for Sustainable Development, the report entitled “Leave No One Behind: Towards an inclusive and just recovery process in post-blast Beirut,” maps how the blast has disproportionately impacted specific social groups, exacerbating longstanding vulnerabilities that they have been contending with.

“The current multi-faceted crisis that Lebanon is grappling with challenges us to translate Leaving No One Behind  into concrete and effective action that can make a difference in the lives of the people who are in most need” asserted Celine Moyroud, UNDP Resident Representative in Lebanon. “We have a responsibility to ensure that the journey to recovery helps people preserve their dignity and restore hope ultimately addressing the root causes that created their vulnerabilities.”

The report argues for a participatory, community-based, approach to recovery that acknowledges people’s voices and demands, and engages them in decision making. It calls on duty bearers involved in recovery efforts to ensure people’s human rights are protected and fulfilled.

“Leaving no one behind is not an ideal that we aspire to uphold”, said Sarah Poole, acting Director of UNDP’s Regional Bureau for Arab States in the virtual launch the report. “It is an obligation that befalls on local, national and international stakeholders: to curb inequalities, confront discrimination and fast-track progress for the furthest behind.  Above all, it is ensuring the protection of the human rights of the most vulnerable. People left behind are those most at risk of not enjoying their civil, cultural, economic, political or social rights.”

“When I landed in Beirut on Saturday, I thought I had a good idea of what to expect”, Poole added. “But it was impossible to fully grasp the absolute magnitude of the explosion, and its impact, until I began to see it first-hand.  To walk the streets of Beirut now is to be confronted with the tremendous scope of the destruction caused by this blast: homes, neighbourhoods, businesses, hospitals and schools damaged or destroyed. But more serious impacts of the explosion may not be as visible: the trauma that too many children, women and men carry inside; their lives, livelihoods and well-being severely impacted.”

“The response to explosion must be holistic and participatory, putting people at the centre. Reconstruction must be informed by the social, cultural, economic, and political trends that shaped Beirut’s urbanization over the past decades. It must account for people’s voices, narratives and daily experiences,” stressed Mona Harb, professor of Urban Studies, Politics at the American University of Beirut, co-author of the report.

“Recovery of affected neighbourhoods, rich with their diversity of dwellers, businesses, and histories, has to account for the real threats facing them, including the loss of heritage and forced abandonment, which have roots in speculative trends that guided Beirut’s growth over the past two decades,” echoed Mona Fawaz, professor of Urban Studies & Planning at American University of Beirut, the other co-author.

The report highlights the necessity to address the institutional frameworks that have for long manufactured and entrenched vulnerabilities and inequalities. It calls for accountability mechanisms that can protect people’s rights and ensure that they benefit from recovery interventions.

The Beirut port explosion has come atop of existing crises in Lebanon. The deepening socio-economic crisis compounded by an unabating COVID-19 crisis have together impoverished over 2.7 million people, qualifying 55% of the Lebanese as poor and forcing 86% of families in greater Beirut to live on less than 200$ a month. The economic impacts of the explosion extend far beyond the immediate vicinity of the Beirut port, affecting the whole of Lebanon. The report underscores that the response must be holistic and national in scale, and must address all different types of vulnerabilities, prioritizing social groups with the most intersecting vulnerabilities.