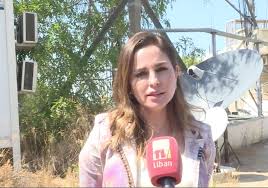 Caretaker Minister of Information, Dr. Manal Abdel Samad Najd, on Wednesday paid an inspection visit to Tele Liban’s transmission station in Naas-Bekfaya, in the company of Ministry of Information General Director and the Government’s Commissioner to Tele Liban, Dr. Hassan Falha, as well as a number of Tele Liban directors and officials.

The three-dimensional visit aimed to secure maintenance supplies at the onset of winter, to check on the availability of public safety standards, and to consolidate cooperation between “Tele Liban” and “Radio Lebanon” in a bid to reduce the financial cost and raise the level of efficiency.

During her visit, Abdel Samad explained that the station was extremely important as it was the second largest transmission station after the Barouk station.

“The Naas transmission station covers the Maten region, Keserwan, and a large part of Beirut and Mount Lebanon,” the Minister explained.

She added that she had been informed about the needs of the maintenance center — with the aim of ensuring the continuity of transmission whilst taking into consideration public safety and security standards.

Abdel Samad then lauded the qualitative leap in the performance of public media institutions. She also revealed a cooperation project between Tele Liban and Radio Lebanon in terms of transmission with the aim of activating performance, reducing costs, and developing work, reaching joint television-radio production within the framework of the desired integration.

It is to note that within the coming few days, the Minister of Information will visit Shawkin station, with the aim of launching a device to strengthen Radio Lebanon’s transmission in the south of Lebanon.