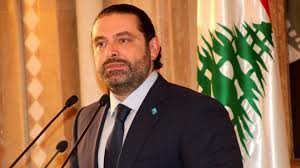 Prime Minister Saad Hariri announced on Tuesday that he would submit his resignation to President Michel Aoun at Baabda Palace.

“I am going to Baabda Palace to submit the resignation of this government, in response to the Lebanese who took to the streets,” Hariri said, addressing the Lebanese.

“To all the partners in the political sphere, our responsibility today is how to protect Lebanon and promote its economy. There is a serious opportunity that shouldn’t be lost and I place my resignation at the disposal of the president and all of the Lebanese.”

“Positions come and go. What is important is the dignity and the safety of the country,” Hariri said. “No one is bigger than his country.”