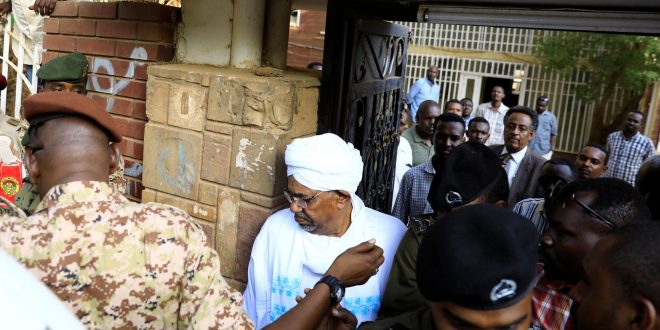 As he appeared in public for the first time after he was overthrown and detained in April, Soudan’s ex-president Omar al- Bashir faced corruption charges on Sunday.

Mr. al-Bashir was brought by military officials to the chief prosecutor’s office, where he was formally charged with corruption and money laundering. He did not give any statement to reporters waiting outside the jail.

“He was charged with illicit possession of foreign currency and accepting gifts in an unofficial way,” said a prosecutor to media, adding that Bashir would be given the chance to respond to the accusations.

The overthrown president was charged last month with incitement and involvement in the killing of protesters during the street demonstrations that led to his ouster on April 11. Prosecutors also want him to be questioned over suspected terrorism financing.

Last month, Mr. al-Bashir was charged separately with involvement in the killing of protesters during the street demonstrations that led to his ouster on April 11. He did not appear in public then.