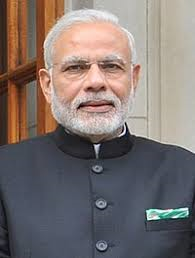 Indian Prime Minister Narendra Modi’s ruling party officials are gathering on Thursday for talks on a general election due by May, with their deliberations overshadowed by the party’s defeat at the polls in three heartland rural states.
The Bharatiya Janata Party (BJP) said the gathering, to be chaired by the party’s president, Amit Shah, is a regular quarterly meeting but the losses in its stronghold states of Madhya Pradesh, Chhattisgarh and Rajasthan, confirmed this week, are likely to dominate discussions.
Disgruntled voters blamed the slow pace of job creation and weak farm prices for the Hindu nationalist party’s defeat in the states, two of which it ruled for three straight terms.
“We realize that rural distress and employment generation are the key issues and we are working on them,” said BJP spokesman Gopal Krishna Agarwal, who will attend the meeting that starts in the afternoon and could be addressed by Modi.
“They will have to be tackled, and we will take suggestions from wherever needed.”
Senior BJP minister Nitin Gadkari told the ET Now business channel on Thursday that the agriculture sector may have been neglected under their government.
Agarwal said the party already had a strategy for the upcoming general election, which must be held by May, and it would hold another big gathering next month.
A chartered accountant who is also a director in a state-run bank, Agarwal said increasing lending for job-generating small businesses was a key focus, as was enhancing procurement of grain from farmers by government agencies at state-mandated prices so there are no distress sales.
The government announces so-called minimum support prices for most crops to set a benchmark, but state agencies mainly buy limited quantities of staples such as rice and wheat at those prices, restricting benefits of higher prices to only around 7 percent of the country’s 263 million farmers, according to various studies.
Following the state election setbacks, Modi’s government is expected to announce loan waivers worth billions of dollars to woo farmers, government sources told Reuters this week.
Agarwal said the party’s loss in Madhya Pradesh, known for multiplying agriculture production under three BJP governments, has reinforced its realization that higher output helps consumers by bringing down prices but can badly hurt farmers.
“The focus has so far been on consumers, like importing onions when prices shot up,” Agarwal said. “Now we need to look at the producers, not just the consumers.”
He also said there was a case for fiscal stimulus given that inflation fell to a 17-month low in November. Food inflation sank to a negative 2.61 percent from a negative 0.86 percent in October, according to official data released on Wednesday.