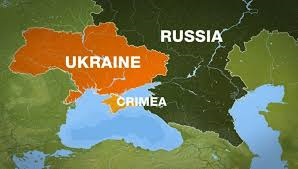 The Polish foreign ministry has urged Russia to respect international law and condemned Moscow’s “aggressive actions” in the Sea of Azov.

Amid escalated tensions between Russia and Ukraine, the foreign ministry in Warsaw called in a statement for restraint on both sides.
The statement was issued after the Ukrainian navy said Russian special forces had seized three of its ships in the Sea of Azov on Sunday.
The Ukrainian navy added that Russia opened fire on the ships and that two of its sailors were wounded in the incident.
A spokeswoman for the Russian foreign ministry accused the Ukrainian authorities of “provocation.”
The Sea of Azov is bounded by Ukraine to the north and west, and by Russia to the east. To the south it is linked by the Strait of Kerch to the Black Sea.