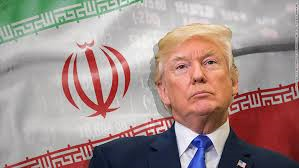 U.S., Iran policy depends not just on sanctions but on flexibility

As U.S. President Donald Trump resumes sanctions on Iran, the success of his push to curb its nuclear, missile and regional activities may hinge on how flexible he is willing to be on his extensive demands to coax Tehran into talks.
Washington will reintroduce sanctions on Monday targeting Iran’s most important industry – oil – and U.S. officials have indicated a measure of flexibility is needed to ensure global markets are well supplied to keep prices from surging.
In abandoning the international 2015 Iran nuclear deal, Trump and his top aides have touted the re-imposition of economic penalties on Iran as part of a “maximum pressure” campaign to force a change in a wide range of Iranian behavior.
What Trump wants from Tehran, though, is seen by former officials as a “maximalist” position that includes ending uranium enrichment, giving U.N. inspectors access to all sites across Iran and ceasing support for Hezbollah in Lebanon, Houthis in Yemen and the Hamas Palestinian militant group.
On May 21, Secretary of State Mike Pompeo listed 12 demands that also covered Iran ending development of nuclear-capable missiles, withdrawing forces under its command in Syria, and ceasing threatening acts toward its neighbors.
“They are maximalist demands and no Iranian government would be willing or able to accept them,” said Robert Einhorn, a former U.S. official now at the Brookings Institution.
Trump wants Iran’s government to capitulate or collapse, Einhorn said.
“They are not going to knuckle under,” he said. “But if the administration began to signal some flexibility … it’s possible the Iranian regime would agree to enter into talks.”
Such flexibility could include signaling that Iran might limit, but not eliminate, uranium enrichment and that it might allow for greater inspections than in the 2015 deal, if not the anywhere-anytime inspections Washington wants.
The sanctions resuming on Monday include those aimed to force Iran’s oil customers such as China, India and Turkey, to cut their oil purchases, ideally to zero, though the White House appears to recognize that is unrealistic.
“We want to achieve maximum pressure but we don’t want to harm friends and allies either,” White House national security adviser John Bolton said on Wednesday, in a hint Washington may grant “exceptions” to these sanctions for countries that significantly reduce their purchases from Iran.
Another penalty would be to blacklist roughly two dozen previously sanctioned Iranian banks, which may get the Brussels-based SWIFT financial messaging system to disconnect them, further inhibiting Iran’s trade with the world.
When he abandoned the Iran nuclear deal, Trump promised to impose “the highest level of economic sanction” on Iran, saying this would make them want a new pact. “When they do, I am ready, willing and able,” he said.
A central impediment to any negotiation is the lack of trust given Trump’s abrogation of the 2015 agreement and the Iranian belief that his real aim, despite U.S. denials, is to bring down its government.
Richard Nephew, a former U.S. official now at Columbia University, summed up Tehran’s stance on talks as “Why bother?”
Iran was more likely to try to evade and resist U.S. sanctions, taking a position of “if we are going to go down, at least we won’t go down on our knees, we’re going to die standing up,” Nephew said.
Iran may try to survive the shrinking oil revenues for two years to see if Trump is re-elected and then decide on talks.
“They will be averse to doing so from a position of abject weakness,” said Jon Alterman, a former U.S. official now at the Center for Strategic and International Studies.
Before talking, Iran would likely increase support for regional proxies or conduct missile tests to create chips it could concede in a negotiation.
“If I had to bet, all these things will happen – the U.S. will tighten the screws, the Iranians will do more things that are worrying to the Trump administration, and the two sides will talk,” Alterman said.