Home / Last News / Spy poisoning: How could the UK retaliate against Russia? 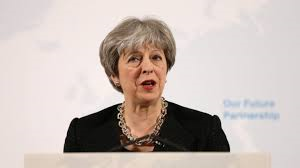 Spy poisoning: How could the UK retaliate against Russia?

UK Prime Minister Theresa May is braced to take “extensive measures” against Russia should it not offer a credible explanation of how an ex-spy and his daughter were poisoned on British soil with a military-grade nerve agent.
“Should there be no credible response,” Mrs May told parliament, “we will conclude that this action amounts to an unlawful use of force by the Russian state against the United Kingdom”.
But what are the options available for the UK – both on its own, and with the help of allies? And how likely are the US, EU and others to be on board?

What could the UK do?
Britain could expel Russian diplomats, as it did after the poisoning of former Russian Federal Security Service operative Alexander Litvinenko in 2006 with radioactive polonium.
But many argue that this, and the other measures that were taken after that killing – including visa restrictions on Russian officials – did not go far enough. The man identified as the main suspect, Andrei Lugovoi, is not just at large, he is now a Russian MP.
It could also:
Expel senior diplomats, perhaps even the Russian ambassador, Alexander Yakovenko, and known Russian intelligence agents
Take some sort of action to bar wealthy Russian oligarchs from accessing their mansions and other luxuries in London, as suggested by Tory MP and House of Commons foreign affairs committee chair Tom Tugendhat. One way this could happen is through the use of Unexplained Wealth Orders, which allow government officials to seize assets including property until they have been properly accounted for
A boycott of the Fifa World Cup in Russia later this year by officials and dignitaries – a symbolic move that UK allies are unlikely to emulate
Pass a British version of the 2012 US Magnitsky act, which punishes Russians involved in corruption and human rights violations with asset freezes and travel bans. It is named after a Russian lawyer who died in custody after revealing alleged fraud by state officials. MPs have been pushing for a Magnitsky amendment to be added to the Sanctions and Anti-Money Laundering Bill now going through Parliament
Taking Russian broadcasters such as RT (formerly Russia Today) off the air – broadcasting regulator Ofcom has said it will “consider the implications for RT’s broadcast licences” after Mrs May speaks on Wednesday. Moscow has threatened to bar all British media from working in Russia if RT is targeted

Could the EU impose new sanctions?
Current sanctions on Russia that Britain supports are imposed via the European Union. They were first passed after Russia annexed Ukraine’s Crimean peninsula in 2014 and backed rebels fighting in eastern Ukraine.
The measures target Russia’s state finances, energy and arms sectors and include:
The exclusion of state banks from raising long-term loans in the EU
A ban on exports of dual-use equipment that could be put to military use and a ban on EU-Russia arms deals
A ban on exports of a wide range of oil industry technology
Western asset freezes and travel bans on 150 people, including senior officials, and 38 companies

EU countries are already divided on the sanctions, with diverging views among members as to how Russia should be treated. States like Hungary, Italy and Greece have all supported the weakening of sanctions.
Some doubt whether Britain could convince the bloc to further toughen its measures against Moscow, especially with the UK on its way out of the union.
Additionally, diplomats quoted by Reuters news agency said attributing the attack to Moscow was difficult, which reduced the chances of support for additional sanctions.
However, the office of the EU foreign policy chief, Federica Mogherini, said the EU was “ready to offer support if requested”, while European Commission Vice-President Frans Timmermans said: “We cannot have nerve gas being used in our societies. This should be addressed by all of us.”

Could Nato act?
By framing the poisoning as a possible “unlawful use of force” by Russia against the UK, Theresa May prompted questions as to whether this could be a matter for Nato, the military alliance of 29 countries.
The alliance’s policy of collective defence – under Article 5 – states that an attack on any one ally is seen as an attack on all.
It was invoked for the first and only time by the United States after the 9/11 attacks.
Lord Ricketts, a former UK national security adviser, told the BBC that such an “unlawful act” warranted the involvement of Nato.
Any action “will be much more effective if there can be a broader, Nato-EU solidarity behind us”, he said.
But Downing Street has played down suggestions that this is an Article 5 matter.
For its part, Nato has called the attack “horrendous and completely unacceptable”. Secretary General Jens Stoltenberg said that the incident was of “great concern” to the alliance, which has moved in recent years to deter Russia by sending troops to Poland and the three Baltic states.
Lord Ricketts suggested one option involving Nato could be a reinforcement of resources on the group’s eastern flank.

What about the UK’s allies?
The UK could also seek to bring the issue to the UN – and seek to gather international support for action against Russia.
Theresa May has already spoken to France’s President Emmanuel Macron and the two leaders “agreed that it would be important to continue to act in concert with allies”, according to Downing Street.
Mrs May spoke to US President Donald Trump about the issue on Tuesday, with a US spokesman saying the leader told her “the US was with the UK all the way, agreeing that the Russian government must provide unambiguous answers as to how this nerve agent came to be used”.
The UK has already made the matter international by asking Russia to provide a “full and complete disclosure” of the Novichok nerve agent programme to an international agency, the Organisation for the Prohibition of Chemical Weapons.
Indeed, the magnitude of the response that may be announced on Wednesday will depend on the scale of international co-operation that Mrs May can secure, says BBC Diplomatic correspondent James Landale.
White House spokeswoman Sarah Sanders called the attack an “outrage” and, on the day before his removal, Secretary of State Rex Tillerson said the attack “clearly came from Russia”.
Speaking before the call with Mrs May, President Donald Trump said: “As soon as we get the facts straight, if we agree with them, we will condemn Russia or whoever it may be.”