In her delivered word, Minister Abdel Samad hailed Itani’s high sense of professionalism demonstrated during her 45 years of service at the Ministry.

Minister Abdel Samad stressed that she is personally and determinedly following-up on the retirement law until it is endorsed by the general assembly of the Parliament, so that all those who have served the state can obtain their retirement pension rights.

The Director General of the Ministry of Information, Dr. Hassan Falha, for his part, highly lauded Itani as an exemplary model in administrative work, hailing her relentless work, devotion and commitment abiding by the regulations and laws during her service at the Ministry. 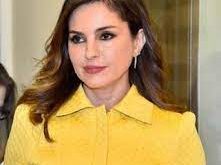