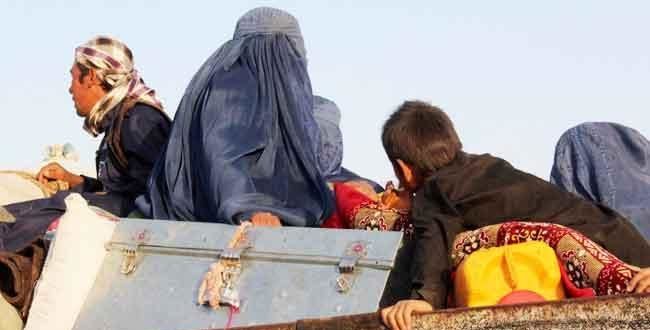 More than 4,000 Pakistani families to return from Afghanistan

ISLAMABAD: Pakistani citizens belonging to the North Waziristan Agency who had moved to Afghanistan during operation Zarb-e-Azb, are moving back to their homeland, reads a statement from the office of the Political Agent of North Waziristan.
The government has made preparations to receive 4,329 displaced families arriving from Khost, Afghanistan, starting today. While the second phase of the homecoming of Pakistani families was scheduled to begin on Feb. 6, the families were turned away at the border by Afghan authorities.
The statement added that the families were returning to Pakistan as a result of successful negotiations with Afghanistan and would enter Pakistan via the Ghulam Khan border.
All families returning will be provided with food and transportation facilities from the border town of Ghulam Khan all the way to Bannu, Khyber-Pakhtunkhwa, claimed the political agent.
The statement further confirmed that, as previously practiced, the displaced families would stay at the government’s relief camp at Bakkakhel, Bannu, for debriefing before being allowed to return to their homes.
According to official estimates, 12,000 Pakistani families had migrated from North Waziristan to Afghanistan.
The political administration, however, has yet to receive the pre-registration forms of the remaining Pakistani families living in Afghanistan. “Once these forms are received, the families will be brought home on the conclusion of the second phase of repatriation when the third phase is launched,”the statement added.
The remaining Pakistani families staying in Afghanistan will be brought back in the third phase of the repatriation.