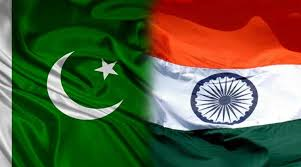 India and Pakistan have exchanged artillery fire in the disputed Kashmir region, forcing hundreds of people to flee, police in Indian Kashmir said – raising fresh doubts about a 15-year-old ceasefire between the nuclear-armed rivals in the area.

It was not clear what triggered the latest fighting on Saturday in the Uri sector on the so-called Line of Control (LoC) that divides the mostly Muslim Himalayan region.

But tension has been running high since an attack on an Indian army camp in Kashmir this month in which six soldiers were killed.

India blamed Pakistan for the attack and said it would make its rival pay for the “misadventure”.

Police superintendent Imtiaz Hussain said artillery shells fired by the Pakistani army fell in the Uri area and hundreds of villagers had fled from their homes.

Indian forces returned artillery fire, an Indian officer said, the first time the heavy guns had been used since a 2003 ceasefire along the disputed frontier.

The two armies have been exchanging intermittent small arms and mortar fire over the past couple of years as relations have deteriorated.

Mr Hussain said Pakistani authorities made announcements from a mosque advising villagers living close to the LoC on the Indian side to flee, saying the situation was bad.

About 700 people were sheltering at a school in Uri, he said.

India and Pakistan have twice gone to war over Kashmir since independence from Britain in 1947. The neighbours both claim the region in full but rule it in part.

Pakistan’s foreign ministry condemned the firing and said in a statement 17 Pakistani civilians had been killed by Indian fire along the LoC this year.

Muslim Pakistan denies giving material support to the fighters and calls for talks to resolve what it regards as the core disagreement between it and India.