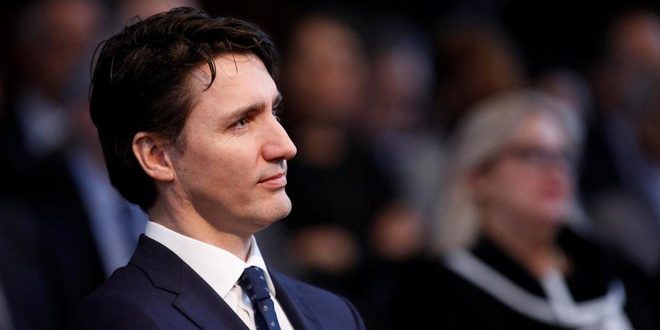 Canada orders review of deal to sell helicopters to Philippines

OTTAWA: Just one day after signing a $233 million agreement to sell 16 helicopters to the Philippines, the Canadian government on Wednesday ordered a review of the deal amid concerns the aircraft could be used to fight rebels.
Trade Minister Francois-Philippe Champagne said that the deal — formally signed on Tuesday — had been struck in 2012 on the understanding the helicopters would be used for search-and-rescue missions.
Philippine Maj. Gen. Restituto Padilla, military chief of plans, told Reuters on Tuesday the helicopters would be used for the military’s internal security operations, adding they could also be deployed in search-and-rescue and disaster relief operations.
“When we saw that declaration … we immediately launched a review with the relevant authorities. And we will obviously review the facts and take the right decision,” Champagne told reporters, without giving more details.
The Bell 412EPI helicopters were due be delivered early next year as the Philippine military prepares to step up operations against Islamist and communist rebels.
Philippines presidential spokesman Harry Roque on Thursday said the military “will consider the possibility of procuring from other sources,” if Canada did not want to sell, while Defense Secretary Delfin Lorenzana expressed bemusement at news of Canada reviewing the deal.
“I met with the Bell people in Singapore two nights ago and they have not indicated any hitch in the project,” Lorenzana said in a text message to reporters.
Prime Minister Justin Trudeau, asked later whether he was concerned the helicopters might be used against Filipino citizens, replied “Absolutely.”
Canada has very clear regulations about to whom it can sell weapons and how they can be used, he said during a question and answer event at the University of Chicago.
“We are going to make sure before this deal or any other deal goes through that we are abiding by the rules … that Canadian governments have to follow,” he said.
In November, Philippines President Rodrigo Duterte publicly criticized Trudeau at a regional summit in Manila for raising questions about his war on drugs, calling it an “official insult,” adding that he “would not answer to any other bullshit, especially (from) foreigners.”
Nearly 4,000 Filipinos have been killed by police in the campaign since June 2016. Human rights groups accuse police of carrying out illegal killings, staging crime scenes and falsifying reports, a charge they deny.
“Human rights is a key element of our foreign policy and of our trade policy,” said Champagne.
In 2016, the Liberal government was criticized for deciding to honor a contract to sell light armored vehicles to Saudi Arabia, despite human rights concerns. Like the helicopter contract, the deal had been arranged by Canada’s former Conservative administration.