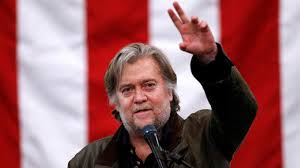 The former White House senior strategist Steve Bannon will not testify before the intelligence committee of the US House of Representatives on Tuesday, according to sources – defying a subpoena requiring him to appear.

The panel wants Bannon to testify as part of its investigation of allegations that Russia sought to influence the 2016 presidential election in the United States, following up on his 16 January appearance that failed to satisfy some members of the committee.

Representative Mike Conaway, a senior Republican committee member, told reporters on Monday that he expected Bannon to comply with a subpoena and answer questions on Tuesday.

But a source close to Bannon confirmed to the Guardian that he would not appear. The source cited a lack of agreement on the scope of questioning between the intelligence committee and the White House, while noting Bannon’s intention to eventually meet with House investigators.

In the meantime, the source said, Bannon would be interviewed by special counsel Robert Mueller.

Two sources familiar with the situation also told Reuters he would not appear, which could leave Bannon facing a charge of contempt of Congress.

One of the Reuters sources said the White House had not authorized Bannon to answer committee questions. During his 16 January appearance, Bannon refused to answer questions about his time in President Donald Trump’s administration or the post-election presidential transition, committee members said.

The intelligence committee and the White House have not resolved the question of whether executive privilege would apply in Bannon’s case.

Three congressional committees, along with the Department of Justice special counsel Robert Mueller, are investigating the allegations of Russian influence.

The source said Bannon would answer all of Mueller’s questions when he appeared before him, which was expected to be next week.

Russia denies meddling in the election and Trump has denied any collusion between his associates and Russia.