Britain set for long lockdown as death toll rises to 4,313

CORONAVIRUS: HOW TO CLEAN YOUR GROCERIES AND STAY SAFE WHEN FOOD SHOPPING 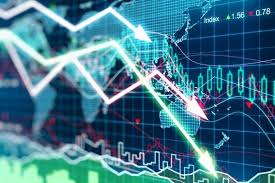 Stock markets across Europe are bracing themselves for big falls after what was described as “carnage” in indexes across Asia overnight.

Falls in Japan and Australia were prompted by a plunging markets in the the US – with the Dow Jones on Monday experiencing its greatest one-day points fall in history.

“Everyone is just running for the hills because nobody actually knows what is causing this move.”

Maki Sawada, from the investment research and investor services department at Nomura Securities Co, said stocks were being sold in panic after the Wall Street losses.

“The sell-off accelerated in a chain reaction,” she told Kyodo News.

These losses followed the 1,175 point dive in the Dow Jones industrial average on Monday, with investors appearing to react to equity losses and concerns that central banks will soon increase interest rates to rein in inflation. It coincided with the arrival of Jerome Powell as the new chair of the US Federal Reserve.

While market fear may not be based in any change in economic fundamentals, in its last meeting under chair Yellen, the Federal Reserve indicated it expects inflation pressures to increase through the year.

According to projections released in December, officials expect three rate hikes in 2018 – so long as market conditions remain broadly as they are – but some economists believe the central bank could add another increase at its final meeting of the year.

If the market falls continue they could prove problematic for Donald Trump who has consistently touted record high stock markets as proof that his presidency is boosting the economy.

US stocks have now lost $1tn in value in the first five days of February. However, the White House, responding to the market drop insisted on Monday night that long-term economic fundamentals “remain exceptionally strong”.

Vice President Mike Pence characterised the stock market’s Monday plunge as “simply the ebb and flow of our stock market”.

The index of Britain’s top 100 companies stretched its longest losing streak since last November into a fifth day, following a 1.3% fall. The FTSE 100 index tumbled to 7,345, having peaked at almost 7,800 last month.

“The era of cheap money is ending, and for markets who got addicted to it, it’s undoubtedly bad news,” said Hussein Sayed, the chief market strategist at currency dealer FXTM.

The Reserve Bank of Australia announced on Tuesday that it would leave interest rates on hold. 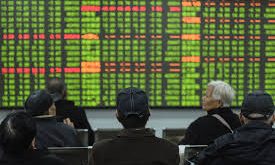 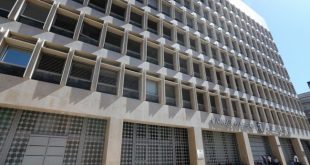 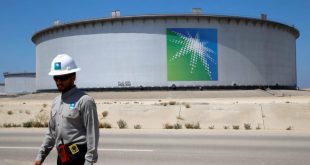