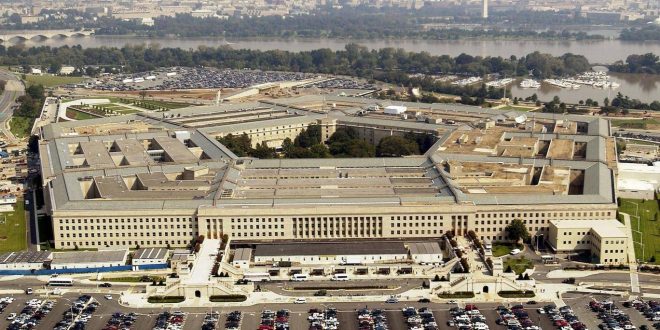 Pentagon doesn’t know what happened to more than $800m in spending, claims report

The US Defence Department can’t account for more than $800m(£571m) in spending, according to an audit of one of its agencies.

A review of the Defence Logistics Agency, a subsection of the Defence Department, shows that the agency misstated at least $465m(£3.3m) worth of construction projects in its records. It also maintained insufficient documentation – or no documentation at all – for another $384m(£2.7m), according to an outiside audit obtained by Politico.

The review is a troubling start for the yearly audits that the Pentagon has promised to undergo under President Donald Trump.

In addition to the hundreds of millions in construction projects that remained unaccounted for, the agency also could not produce secondary evidence for several purchases, including $100m(£71.4m) in computer systems. Another $46m(£32.8m) in computer assets were “inappropriately recorded” as belonging to the Defence Logistics Agency, according to the audit.

Army Lieutenant General Darrell Williams told Politico that the audit had provided a “valuable” look at the agency’s financial operations, and that they were “committed to resolving the material weaknesses and strengthening internal controls around DLA’s operations”.

The DLA is the military’s central body for procuring supplies, providing everything from uniforms to vegetables. The $44bn operation processes approximately 100,000 orders a day, and employs roughly 25,000 people.

The DLA – and in fact, the entire Defence Department – has avoided the audits that Congress requires of all government agencies for more than 20 years. Members of Congress finally put their foot down in 2010, saying they would withhold funding if the Pentagon did not produce financial statements in seven years.

But by January 2017, outside agencies were warning that the Defence Department may not be prepared for such a review. According to a 2017 report from the Government Accountability Office (GAO), the Department was unable to “reasonably assure that the [financial statements] reflected all of the relevant financial transactions that occurred and that documentation was available to support such transactions”.

Still, the Pentagon’s top budget official, David Norquist, promised  Congress last month that the Pentagon would undergo yearly audits starting in 2018. When Ernst & Young started their review, however, they encountered similar problems to the GAO.

“Ernst & Young could not obtain sufficient, competent evidential matter to support the reported amounts within the DLA financial statements,” the Pentagon’s inspector general wrote when issuing the audit.

The DLA said in a statement to Politico that it had expected a somewhat lukewarm first review, and that it would improve on the accounting agency’s findings.

“DLA is the first of its size and complexity in the Department of Defence to undergo an audit so we did not anticipate achieving a ‘clean’ audit opinion in the initial cycles,” the agency explained. “The key is to use auditor feedback to focus our remediation efforts and corrective action plans, and maximise the value from the audits. That’s what we’re doing now.”