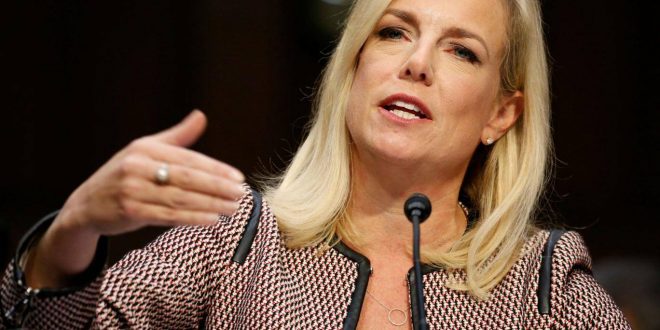 Trump grants 7,000 Syrian immigrants right to stay in US as civil war rages

The Trump administration will allow thousands of Syrians to remain in America for at least 18 months.

In extending Temporary Protected Status to some 7,000 Syrians currently in the US, the Department of Homeland Security acknowledged that war-convulsed country remained unsafe for them to return.

“It is clear that the conditions upon which Syria’s designation was based continue to exist, therefore an extension is warranted under the statute,” Secretary of Homeland Security Kirstjen Nielsen said in a statement.

Under the designation, Syrians who have already secured the special status can stay in the country and retain work authorisation through September of 2019.

To qualify, Syrians need to have continuously lived in the US since August of 2016 or earlier. Advocates decried that response as inadequate given the scale of devastation in Syria, warning Syrians who don’t meet the criteria could be pushed back into peril.

“There is no rule of law in the government-controlled areas or in the opposition-controlled areas of Syria. All people who return from the US, then, will be viewed with deep suspicion by the Syrian government and all will be liable for arrest,” former ambassador to Syria, Robert Ford, said in a statement.

The sustained protections for some Syrians in the country broke with the Trump administration’s previous decisions to rescind temporary protected status for tens of thousands of immigrants from El Salvador and Haiti.

While the grinding conflict in Syria has helped drive a global refugee crisis — according to the United Nations, some 5.5 million Syrians have been displaced — Mr Trump has pursued a hard line on immigration that includes curtailing legal immigrants like refugees.

The Trump administration set a record-low cap on refugees last year, slashing the annual limit from 110,000 to 45,000.