Trucks carried food and medicine into the city of Madaya, Syria, where there have been reports of wide-spread starvation.

The 400 were in the town hospital and included patients who were severely malnourished and were facing other medical complications, the United Nations emergency relief coordinator, Stephen O’Brien, said after briefing members of the Security Council behind closed doors. “They are in grave peril of losing their lives,” he said.

The delivery of food packages, which included rice, lentils and oil, came amid a growing international outcry over the increasing number of deaths from malnutrition in Madaya, which along with neighboring Zabadani, is besieged by pro-government forces, including the Lebanese militia group Hezbollah.

The aid shipment there was being coordinated with a similar delivery to the northern Syrian towns of Fouaa and Kfarya in Idlib Province, which are surrounded by Syrian insurgent groups.

After a last-minute flurry of negotiations as the convoys idled at the entrances to the towns, trucks and sport utility vehicles began rolling in, Pawel Krzysiek, a spokesman for the Syria branch of the International Committee of the Red Cross, said by text message from Madaya. Unloading was expected to last through the night, he said on twitter.

Aid workers continued to unload the trucks in the dark, using flashlights and cellphone lights, since the town had no electricity.

“Crowds of hungry kids around,” Sajjad Malik, the Office of the United Nations High Commissioner for Refugees representative for Syria, said in a text message released by the agency. “It’s heartbreaking to see so many hungry people. It’s cold and raining, but there is excitement because we are here with food and blankets.”

Um Majid, a nurse at a field hospital, said the mother of a desperately ill 8-year-old girl begged relief workers to take her to a hospital in Damascus, but they said they could not.

Khaled Mohammad, a nurse anesthetist working in a clinic in Madaya supported by Doctors Without Borders, said weak and collapsing patients had continued to pour in to the health center as people gathered to receive the aid, which he said included fava beans, sugar, hummus and canned tomatoes.

Mr. O’Brien said that getting the 400 people out of Madaya could be as complicated as getting the aid in. Negotiations would be conducted with the government of President Bashar al-Assad and other armed groups for guarantees that ambulances would not become targets.

Despite the arrival of the aid, and plans for new peace talks on Jan. 25 in Geneva, spasms of violence continued on Monday, with an airstrike on a school killing at least a dozen children.

United Nations diplomats and international aid officials welcomed news of the delivery, but coupled it with a plea for unimpeded access as international law requires. They said there was no reassurance that aid recipients would get more relief in a month, when the rations delivered Monday would be exhausted.

“One convoy will not solve the problem,” said Stéphane Dujarric, a spokesman for Secretary General Ban Ki-moon of the United Nations.

For months, aid to Madaya and Zabadani has been the subject of delicate negotiations toward an agreement known as the four-towns pact. Under the agreement, some aid was delivered in October, and last month, several hundred wounded fighters and their families were evacuated.

Since then, plans for more aid and evacuations have stalled, and malnutrition has worsened in Madaya, where, according to interviews with a dozen residents as well as with humanitarian workers assisting a clinic there, people have been collapsing of hunger as they try to subsist on things like grass soup.

Madaya is controlled by Syrian insurgents, mainly affiliated with an Islamist group called Ahrar al-Sham, which has been the main interlocutor with Hezbollah and its patron Iran in talks to reach cease-fires to help the towns.

Five people died of suspected malnutrition in Madaya on Sunday alone, bringing the total since the beginning of December to 28, according to medics at the Doctors Without Borders clinic.

Nisrine, a schoolteacher trapped in Madaya who for safety reasons asked that her surname not be used, said that she and her son, Abdullah, 10, were waiting eagerly for the aid but that she was sure it would not last long.

Nisrine said two people, an adult and a child, died there on Monday even as the convoy was approaching. Samer Rajab, an activist helping in the aid effort said three people had died in Madaya and a third in Zabadani.

“People are exhausted,” Nisrine said in a telephone interview. “They can’t even go to wait for the trucks. There’s not much time. The food should be distributed today.”

The siege of Madaya, which is surrounded by land mines, snipers and barbed wire, is only the latest that Syrians have endured — despite Security Council resolutions insisting on the unconditional delivery of aid across front lines.

The United Nations says that 400,000 Syrians are in besieged areas or in areas that are hard to reach, with the largest number, 200,000, trapped by Islamic State militants in the east. Nearly 200,000 are penned in by the government and allied forces and several thousand more by Syrian insurgent groups, mainly in Fouaa and Kfarya.

The convoys on Monday included deliveries from Unicef and the World Food Program, along with the Syrian Arab Red Crescent, the local Red Cross affiliate that takes part in all international aid convoys in Syria. The World Food Program has said it planned to bring enough food to feed 40,000 in Madaya and 20,000 in Fouaa and Kfarya for a month.

Hezbollah, in statements last week, accused insurgent forces in Madaya of hoarding food. The statements also accused the insurgents of not allowing civilians to leave.

And on Monday afternoon, the Syrian ambassador to the United Nations, Bashar al-Jaafari, denounced what he called efforts to “defame” his government with reports of starvation deaths in Madaya.

He offered two seemingly contradictory explanations. He said the images were “fabricated,” citing a photograph of one child who he said was Lebanese, not Syrian. He also said aid delivered to Madaya had been stolen by terrorist groups and sold to civilians at prices they could not afford.

Mr. O’Brien, however, said United Nations officials could see for themselves the extent of hunger. “There has been very severe malnourishment. There’s severe shortage of food, and we have reports of people who are either starving or indeed have starved and died,” he said.

The air attack, or attacks, that killed the schoolchildren occurred in the insurgent-held Ankara district of Aleppo in northern Syria. According to several reports, at least 12 children were killed and 20 students and teachers wounded by an airstrike in a government-held district of the divided city. Activists said three children were reported killed by insurgent mortars.

Mohamed Mostapha, the head of the Aleppo education directorate, told Halab Today TV that at least 20 people had died, most of them children, with dozens wounded. Opposition politicians and activists said Russian warplanes had carried out the attack.

In France, Riad Hijab, the opposition’s negotiations coordinator, said the airstrike cast doubt on prospects for talks. “How could we negotiate when the Syrian people are dying? Each day there are massacres,” he said.

As for Abdullah, Nisrine said he fell asleep before he received any food: “He got tired and disappointed while waiting, the trucks arrived so late.” 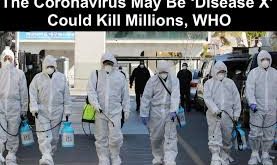