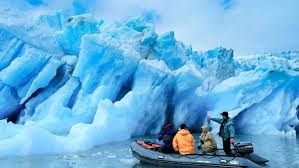 Royal Dutch Shell Plc (RDSa.L) said it would cease exploration activity in offshore Alaska for the “foreseeable future” and take a writedown of about $4.1 billion after failing to find enough oil in the region.

The company said it did not find sufficient amounts of oil and gas in the Burger J well, located in the Chukchi Sea about 150 miles from Barrow, to warrant further exploration.

The decision to stop exploration reflects the project’s high costs and the unpredictable federal regulatory environment in offshore Alaska along with the Burger J well results, the company said.

Shell said its Alaskan position is valued at about $3 billion with a further $1.1 billion in future contractual commitments.