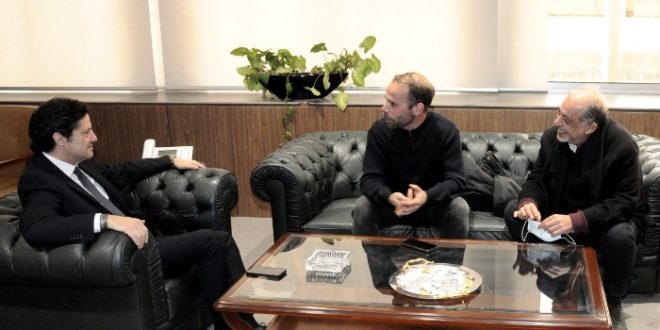 Discussions also touched on the possibility of training journalists of the National News Agency, whereby Minister Makari suggested conducting training workshops on ways to combat false news, in addition to the issue of covering parliamentary elections.

Mojon pointed out the cooperation between the Information Ministry and the AFP, highlighted the necessity of fighting fake news to restore citizens’ trust in the media.

Mojon also spoke about the problems faced by the foreign media in Lebanon, especially the Internet crisis.