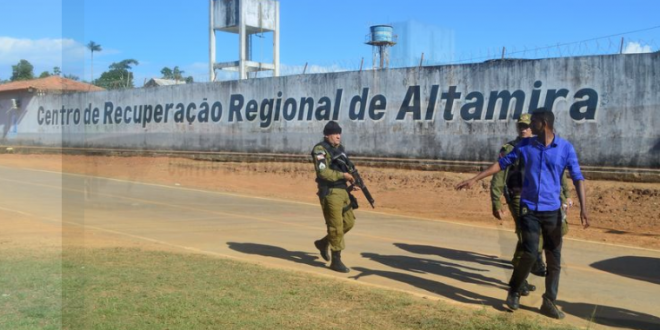 At least 57 inmates died during a bloody clash between prison gangs in the Brazilian Amazon on Monday morning.

Para’s state government said in a statement that the riot began around 7 a.m. local time (1000 GMT) at a prison in the northern city of Altamira, and involved rival gangs. The authorities added that the Brazilian government struggles to control the country’s overcrowded jails.

The statement announced that prisoners belonging to the Comando Classe A gang set fire to a cell containing inmates from the rival Comando Vermelho, or Red Command, gang, and decapitated 16 of them.

Most of the dead died in the fire, they said, while two guards were taken hostage, but later released.

“It was a targeted act,” state prison director Jarbas Vasconcelos said in the statement, adding there was no prior intelligence that suggested an attack would take place. “The aim was to show that it was a settling of accounts between the two gangs.”

“We found decapitated bodies and rest were asphyxiated,” Vasconcelos said. “The situation has been controlled. It was an attack by one criminal organisation on the other. They entered, set fire and killed, and ended the attack.”

Unverified videos circulating online showed inmates at the prison celebrating as they kicked decapitated heads across the floor.

In May, at least 55 inmates died during prison attacks in the northern state of Amazonas. Weeks of violence in Amazonas in 2017 resulted in 150 prison deaths as local gangs backed by Brazil’s two largest drug factions went to war.

That bill has since struggled in Congress, with the government giving its pension reform legislation priority.