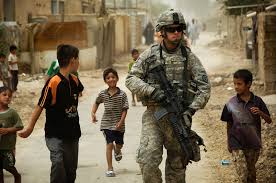 “Achieving Iraq” is the official name of the committee , ” Chilcot ,” relative to the Chairman of the Committee Sir John Chilcott , a committee British to achieve a competent, independent inquiry about Britain’s involvement in the Iraq war launched by the United Kingdom and the United States in 2003 and this paradise consisting of a chairman and four members .

Founded in June 15, 2009 by British Prime Minister Gordon Brown officially began its work on July 30, 2009. The investigation covers the period between the summer of 2001 and until the end of July of 2009 .

It was this committee sockets and numerous violations , with some taking on the Commission free of judges , lawyers and non- subordination to the House of Lords and the limited powers and their inability to see the documents and confidential reports and all its secret exception of some people like to listen to the testimony of Tony Blair ‘s meeting.

The result from this committee that, after seven years of its formation , the deployment of its chairman John Chilcot report shows that Saddam Hussein’s regime posed no threat to British interests and that weapons of mass destruction alleged that the Iraqi regime was possessed and that the war waged by the United Kingdom and the United States against Iraq in 2003 it was not necessary.
In this context, the guardian newspaper has published an article , for the writer Louise Kettle entitled ” Five things to know my mother perhaps for Chilcot report .”

Kettle says that as soon as the Chilcot Inquiry report, which is long overdue for several years the newspapers and the media focused on the attacks against the former Prime Minister Tony Blair and his government and what they had done to shorten the irregularities and errors.
However, there are many more failings revealed by the 2.6m-word report. Here are five inquiry findings you may have missed.

1. Iraq was not the country of greatest concern for WMDs

The rationale for going to war with Iraq was the threat posed by Saddam’s WMD capability to the UK’s national interest. Yet in 2001-02, the greatest threats of nuclear and missile proliferation came from elsewhere. Sir William Ehrman, Foreign Office director of international security in 2000-02, told the inquiry that the nuclear programmes of Libya, Iran and North Korea were “maturing” and were “probably of greater concern than Iraq”.
In particular, by early 2000 it had become clear that Pakistan’s nuclear programme director, AQ Khan, had supplied uranium enriching equipment to Libya. British intelligence tracked this procurement network for some time and by January 2003 was stressing concern over Libyan proliferation progress.

2. The UK was going to war regardless of the cost
In advance of the war, Gordon Brown, then chancellor of the exchequer, advised that he would not rule out any military options on the grounds of cost. The first comprehensive estimate of costs was only completed a month before the invasion, but was never sent to Blair or other ministers.
Instead, ministers agreed to the military operation without any financial estimate or advice on affordability. A month after the invasion, the government also agreed to assume post-conflict leadership of four Iraqi provinces without any estimate of the costs involved. The war eventually cost £9.24bn.

3. The number of civilians killed or injured was not recorded

From the outset Blair emphasised minimising civilian casualties, largely to sustain domestic support for operations. However, the government initially made no effort to record numbers of Iraqis killed or injured.
Training of the Iraqi police and army was summed up with the word ‘just enough is good enough’
Eventually, responsibility was ping-ponged across Whitehall but numbers were not determined and figures from external studies varied greatly. Chilcot concluded: “More time was devoted to the question of which department should have responsibility for the issue of civilian casualties than it was to efforts to determine the actual number.” The government also failed to maintain any record of deaths and injuries to UK civilians.
4. Britain knew Iraqi forces could not maintain security

Iraq’s long-term security was dependent upon the effective training of the Iraqi police service and army. In an endeavour to train enough officers to allow prompt troop withdrawal, the MoD took the lead at the end of 2005. Training standards were quickly lowered to facilitate Britain’s exit strategy and the UK’s chief police advisor, Colin Smith, reported that they were summed up with the words “just enough is good enough”.
As withdrawal progressed, the Iraqi police force suffered from corruption, infiltration and criminality. As late as April 2008, serious discussions were held over whether to disband the force entirely and start again. The Iraqi army was more successful, but neither the UK nor the US was confident it could maintain security without support. When Britain withdrew from Basra, the US sent its own troops to maintain supply lines and protect the border with Iran.

5. Debate on the inquiry’s findings has been woefully lacking

The inquiry has taken seven years at a cost of more than £10m and examines a hugely significant and detrimental event in recent British history. Its findings are important and should be widely debated. Nonetheless, in opening the two-day Commons debate on the report, Philip Hammond noted: “I suspect that … the world’s eye will not be focused on our proceedings with quite the laser-like intensity that might have been expected.” In fact, after a packed house for David Cameron’s last PMQs, only 53 MPs remained for the debate. The following day this number had diminished to just 32. Those who participated made excellent contributions but it will take wide and detailed debate to ensure that crucial findings are not missed. 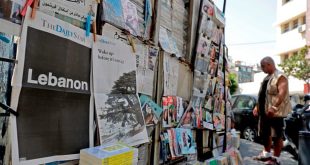 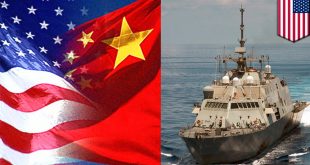 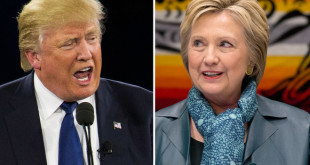