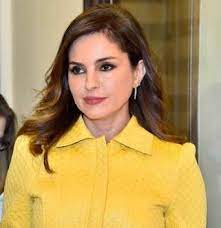 Caretaker Minister of Information, Dr. Manal Abdel Samad Najd, on Thursday regretted the dire conditions that Lebanon endured. “Lebanon enjoys foreign support, especially from Arab countries, but unfortunately those involved keep bickering over the number of ministers at a time when the nation’s existence, in itself, remains at stake,” she added in an interview with Tele Liban.

Abdel Samad went on to say that Lebanon’s presence at the Arab information ministers’ conference at the League of Arab States was of utter importance.
“It is necessary to focus on the pivotal Arab role and Lebanon’s presence within it.(…) We regret seeing the Syrian state’s seat empty at the summit, yet the Palestinian issue remains the most prominent,” Abdel Samad added.

“We’ve proposed that recommendations be transformed into actions and translated into projects; our goal this year was the electronic media, which is witnessing great chaos, with a focus on its challenges,” she explained, pointing to the dwindling media revenues — as a result of reduced advertising that is being replaced by revenues benefiting major technology companies.

“There is a loose financial profit that is being made by Lebanese media and others, and it is necessary to look into it. This requires regulating the relationship with international technology companies.
It is necessary to discuss the financial profit of the state and the Lebanese treasury, because these advertisements that are benefiting global technology are taken from the way of the state’s treasury and media,” Abdel Samad added, highlighting the need to for taxes to be imposed on these revenues, from which a certain percentage should be allocated to help the Lebanese media.

Moreover, Minister Abdel Samad did not fail to capitalize on the pressing need to make certain that the content of social media abided by national and Arab laws. She also pointed to the social threats being posed by electronic games and sexual blackmail, noting that the latter has increased by approximately 800 percent, as per statistics conducted by the Internal Security Forces. “It is necessary to raise media awareness about these issues, especially about the risks arising from them,” she added.

As for her meetings on the sidelines of the Arab Information Ministers’ conference, she noted that among the projects that had been proposed was the establishment of direct broadcast between Egypt and Lebanon on topics of interest to Arab countries and societies, as well as the exchange of Arab news.

“The media structure in Egypt is important, and it is the media city that encourages attracting capital and media investments from abroad by securing incentives for producers. The focus in Lebanon should be on incentives through tax facilities given to media investors. The large media balance of both countries should encourage us to unite to implement joint production. This applies to the rest of the Arab countries; the Saudi Minister of Information has shown a great will to cooperate and help Lebanon’s media, as well as the Kuwait and the Emirates, whose media structure are also of great importance,” she added.

Abdel Samad then revealed the council’s consensus over two proposals that had been made by the Lebanese Ministry of Information to the League of Arab States.

“The first proposal is that of Beirut’s Humanitarian Award; its main objective stems from the memory of Beirut Port explosion, which shook the consciences and feelings of the world. The humanitarian award calls for truth and justice,” Abdel Samad explained.

“The second proposal, which is the declaration of Beirut as the capital of Arab media for the year 2023 is a great moral support for Lebanon and Beirut, and it has a strategic dimension. It declares Beirut as a center for Arab media, and it encourages investment in the media sectors. It also creates job opportunities for media professionals,” Abdel Samad concluded.