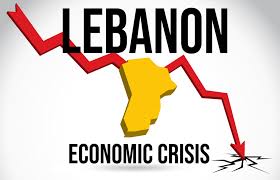 It was after 9pm when the three men, two carrying guns, arrived at Hussein’s door. He had lost his job two months earlier and owed $1,400 for two months’ rent on his home in south Beirut. The strangers had a message: Hussein’s landlord wanted him out.

A former warehouse keeper, Hussein is among tens of thousands of Lebanese thrown from comfortable lives at breakneck speed by the country’s worst fiscal and monetary crisis in 30 years.

Hussein had earned about $2,000 per month and lived a comfortable life. After paying the rent on the four bedroom property, he could afford university and school fees for his three children and had enough money left over for family outings.

Now, with no work in sight, he has sold his BMW, his wife’s jewellery and most of his furniture. His daughter has been blocked from her university’s online education system, unable to pay the fees.

Lebanon lurched into crisis last year when public anger at a political class seen as corrupt and self-serving led to mass protests and the economy began to stall. Now, as soaring unemployment threatens to reignite demonstrations, the government has warned that 60 per cent of the population could fall into poverty by the end of 2020.

“We used to have a class that is called a nouveau riche,” said Soha Zaiter, executive manager of the Lebanese Food Bank, a charity. “Now we have a nouveau pauvre, people who used to be middle class.”

In a sign of the number of families at risk of hunger, the organisation has distributed six times as many food boxes this year as it did for the whole of 2019. Those in need include unemployed white-collar workers from accountants to a former marketing department head, she said.

The government has asked the IMF for financial assistance but agreement on a programme has not yet been reached.

Middle and low-income families have been especially exposed in the downturn because Lebanon’s cash-strapped government, which defaulted on its external debt in March, cannot provide a safety net.

“Lebanon is not a country where you have social protection,” said Jad Sakr, Lebanon country director for Save the Children, an aid organisation used to working with Syrian and Palestinian refugees but now also supporting hundreds of Lebanese families.

But the underlying issue is that Lebanon has for years spent beyond its means, in part to finance an import bill that includes up to 80 per cent of Lebanon’s food, according to a UN study.

Instead of investing in domestic production, foreign currency attracted to the country’s banks with high interest rates has been used to fund the government, pay for imports and to support the Lebanese pound — pegged to the dollar — artificially raising local purchasing power.

“The new middle class has benefited from the monetary policy” of the past three decades, said Charbel Nahas, an economist and opposition politician. “This reflects in the style of ostentatious consumption,” he said, which has fostered Beirut’s reputation as the Middle East’s party capital.

The government’s monetary policy has imploded in the past year, as falling public confidence has seen the supply of US dollars in the country dry up. The value of the Lebanese pound has collapsed and inflation has spiked, with the price of basic foods rising 55 per cent.

As foreign currency disappeared and banks imposed de facto restrictions on account holders, importers struggled to pay suppliers and started to go bust. Volumes imported by Lebanon’s top five shippers and freight-forwarders dropped nearly 50 per cent year on year in the first quarter of 2020, according to Port of Beirut statistics.

Hussein was an early victim. His employer of 12 years imported cosmetics. It ended his employment in November. Unable to find a new position, he has applied for dozens of low-paid jobs from gas station attendant to watchman. But after more than 20 interviews, no one has offered him work.

For years, low-paid jobs like these were filled by migrant workers, from Egypt to Ethiopia, attracted to Lebanon by the chance to be paid in US dollars, despite often poor conditions.

Meanwhile, Lebanese abroad — those with qualifications who had fled the civil war in the 1980s or left since — were encouraged to deposit US dollars at high interest rates in local banks. Those lenders in turn made deposits at the central bank, providing the country with the hard cash it needed to fund imports.

But the exodus also deprived the country of its most-qualified professionals, something Mr Nahas feared would happen again now as employment opportunities disappeared. “This would mean maybe for 40 [or] 50 years a dramatic change in the structure of the society,” said Mr Nahas. “This is much more severe and persistent than accounting losses.”

Many migrant workers are trying to leave, after employers in low-paid sectors have switched to paying staff in the depreciating Lebanese pound. Late last year, the Philippines started offering flights to repatriate its nationals.

Hussein wants to leave too. “The country has no future,” he said, looking across the Mediterranean from a café in the southern seaside town of Tyre, near the ancestral village where he now lives. But mostly he wants his family to get out, “even if I have to sell a part of my body”. 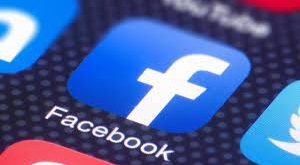 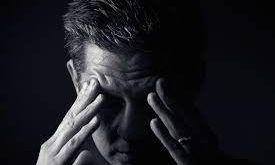