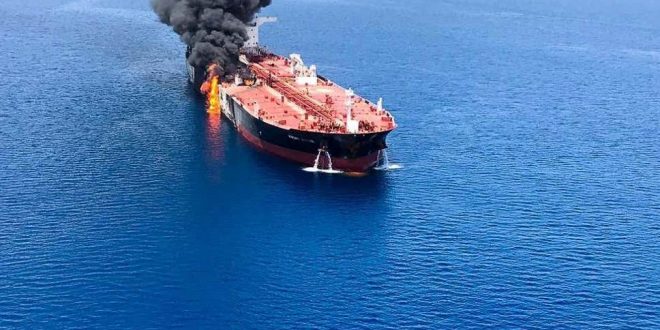 Iran’s Revolutionary Guard says it has shot down a US drone flying over the country’s territory close to the Strait of Hormuz, amid a growing row between Washington and Tehran over reported attacks on oil tankers.

A spokesman for the US military declined to comment when asked whether an American drone had been shot down, but said there were “no US aircraft were operating in Iranian airspace” at the time.

Iran’s state-run IRNA news agency, citing the paramilitary Revolutionary Guard, identified the “spy” drone as an RQ-4 Global Hawk and said it was shot down on Thursday morning as it entered Iranian territory near the Kouhmobarak district in southern Iran’s Hormozgan province.
Kouhmobarak is close to the Strait of Hormuz, which has become a flashpoint for tensions between the US and Iran.
In recent weeks, the US has deployed an aircraft carrier to the Middle East and additional troops to add to the tens of thousands already in the region.

Concerns about a military confrontation with Iran have grown since attacks on two oil tankers in the Gulf of Oman last week and four tankers off the UAE on 12 May, both near the Strait of Hormuz, a major conduit for global oil supplies.

The US and its ally Saudi Arabia have blamed Iran for the incidents. Iran has denied involvement but said that security for the Strait of Hormuz was its responsibility, demanding American forces be withdrawn.
According to the website of manufacturer Northrop Grumman, the RQ-4 Global Hawk unmanned aircraft system (UAS) can fly at high altitudes for more than 30 hours, gathering near-real-time, high-resolution imagery of large areas of land in all types of weather.