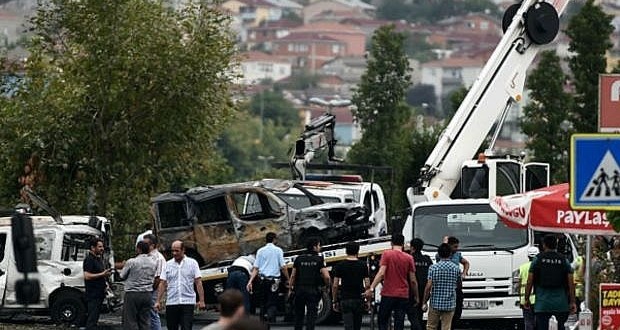 Turkish police have sealed off the square and ambulances have rushed to the scene, close to the Blue Mosque and Hagia Sophia, in a major tourist area of Turkey’s most populous city. The cause of the explosion was not immediately clear.

Istanbul governor’s office said in a statement on its website that 10 people had been killed and 15 wounded.

One woman who works at a nearby antiques store told Reuters: “The explosion was very loud. We shook a lot. We ran out and saw body parts.”

Turkey is on alert after 103 people were killed in October when two suicide bombers attacked a crowd of peace activists in the capital Ankara, the bloodiest strike in the country’s modern history.

That operation was blamed on Islamic State, as were two other bloody assaults in the country’s Kurdish-dominated south-east earlier in the year.

Turkish authorities have in recent weeks detained several suspected Isis members, with officials saying they were planning attacks in Istanbul.

But Turkey is also waging an all-out assault on the outlawed Kurdistan Workers’ Party, which has staged dozens of attacks against members of the security forces in the southeast of the country.

A Kurdish splinter group – the the Freedom Falcons of Kurdistan – claimed a mortar attack on Istanbul’s second international airport on 23 December that killed a female cleaner and damaged several planes.

Meanwhile the banned, leftist Revolutionary People’s Liberation Party-Front has also staged a string of usually small-scale attacks in Istanbul over the last months.