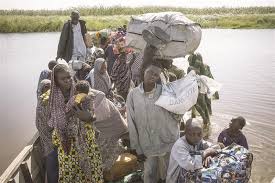 The European Union will announce a €1.8 billion emergency fund for Africa on Thursday in a bid to halt the flow of refugees entering the EU illegally, although leaders will stop short of establishing processing centres in Africa to register people before they leave the EU.

Ireland will contribute €3 million to the fund, which will comprise funding from the European Commission and individual member states.

Representatives of more than 60 European and African countries gathered for an EU-Africa summit in the Maltese capital of Valletta on Wednesday, in the latest attempt by the international community to forge a comprehensive approach to the refugee crisis which has seen more than 800,000 people reach the European Union by sea this year.

Speaking in Valetta where she is attending the two-day summit, Minister for Justice Frances Fitzgerald said that the crisis could not be solved by Europe alone.

“Europe and Africa have to work together to deal with this unprecedented crisis. The first priority between us is obviously to save lives – and there are many initiatives to disrupt the people smugglers, the traffickers – If we are to deal effectively with the migration crisis… we do need to work with countries of origin and countries people transit through.”

She said the EU and Africa needed to look at why people are travelling and establish what can be done to encourage those people to stay in their country of origin, while still dealing with genuine refugees who arrive on Europe’s shores.

Addressing leaders at the opening of the summit, European Council President Donald Tusk said that while routes for legal migration were beneficial to both EU and African countries, asylum would only be granted to those entitled to it.

“Proper return and readmission of those not entitled to international protection is essential. This is an international norm, and a responsibility of states to citizens,” he said.

“To keep the doors open for refugees and legal migrants, irregular migrants should be returned effectively and quickly.”

Under a draft communiqué under discussion on tonight, leaders pledged to enhance efforts of countries to provide humanitarian assistance in countries most affected by forced displacement.

But the summit also placed a heavy emphasis on tackling illegal imigration from African countries as the EU attempts to reduce the number of migrants entering the European Union.

But a number of humanitarian organisations and non-governmental organisations (NGOs) cautioned against linking development aid to African countries to efforts to reduce migration.

“Migration is not a threat,” the organisation said in a statement.

“Development aid is increasingly conditioned upon co-operation in migration and border management ; this has to stop”

While the draft text to be signed off on Thursday pledged to explore the concept of “enhanced capacities in priority regions along the main migratory routes”, it stopped short of suggesting that processing centres should be established inside African countries to assess asylum-seekers before they leave their countries of origin, an idea that had been mooted by a number of EU countries in advance of the meeting.

Speaking on his way into the meeting, Egypt’s Minister for Foreign Affairs Sameh Hassan Shukry said that Egypt had already hosted 5 million immigrants into its country. He said that the question of migrant centres in transit countries was not on the agenda.

“Transit centres is not an issue of consensus,” he said.

As a number of countries across the European Union struggle to cope with the numbers of refugees entering their territory each day, the focus of EU policy has shifted to reducing the flow of migrants entering the EU, in contrast to the “open doors” policy espoused by Germany earlier in the crisis.

Arriving in Valletta, German Chancellor Angela Merkel said the Summit would promote “friendly relations with Africans” and offer aid, “but at the same time also set out clear demands and expectations” from Europe.

European Council president Donald Tusk said the tone for the summit, when he stressed the importance of effective border control in dealing with the migration crisis in an address to the Maltese parliament on the eve of the summit.

“The precondition for conducting our own European migration policy is restoring effective control over our external borders,” the former Polish prime minister said.