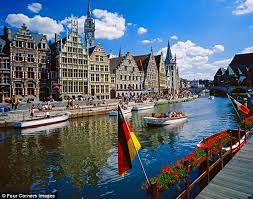 PARIS — The authorities in Belgium said on Wednesday that one of the Paris attackers may have been holed up in a house in Brussels two nights after 130 people were killed and hundreds more injured — but that he could have escaped because of a law banning police raids on private homes from 9 p.m. to 5 a.m., according to the country’s justice minister.

The revelation by the justice minister, Koen Geens, that the suspect, France’s most wanted man — Salah Abdeslam — might have gotten away because of an arcane law intended to safeguard family privacy only adds to the picture of a severely dysfunctional and ineffective government in Belgium.

The minister said in an interview broadcast on Wednesday night by the Dutch-language television station VTM that Mr. Abdeslam would have been caught if he were there, and a spokesman for the federal prosecutor’s office acknowledged in a telephone interview that “the immediate surroundings and the streets surrounding the property were not sealed off during the night.”

“All we know is that we had good reasons to believe that Salah Abdeslam was in the house that night, and that the next morning the raid was negative,” said Eric Van der Sijpt, the spokesman for the federal prosecutor in Brussels, who is leading the investigation.

Since the attacks, Mr. Abdeslam has managed to evade a widespread manhunt, even after the authorities in Brussels locked down the city for days.

The new revelation adds to the list of apparent missed opportunities to seize him, shared by both the Belgian and French authorities. Though officials did not explain why they believed Mr. Abdeslam may have been in the house, the Belgian news media on Wednesday night quoted an anonymous source saying he was definitely there.

Mr. Van der Sijpt, clearly aware of how such a revelation would appear, tried to cast doubt on the idea that the law prevented the authorities from capturing Mr. Abdeslam, saying measures were taken to monitor the area, although he would not specify what was done.

“If Salah Abdeslam had been there during the night, we would have gotten him,” he said.

“We took measures throughout the night to make sure that Salah Abdeslam could not flee that particular home if he indeed was there.”

Still the notion that police knew where one of the attackers was hiding and did not pounce strained the credulity, apparently, even of Mr. Geens, the country’s top justice official, who in his television interview described the legal restriction against nighttime raids — dating to 1969 — as “a big handicap.” He said the police wanted to raid the home where they suspected Mr. Abdeslam was hiding right away, but could not act until after 5 a.m. which he said was “too late.”

The decision to abide the law also underscored the consistent tension between security and civil liberties that governments in Europe and the United States have struggled to balance in an era of terrorist threats.

For instance, Tashfeen Malik, the Pakistani woman who with her husband killed 14 people in San Bernardino, Calif., was granted a visa to enter the United States even though she had posted a number of private messages online indicating that she had become radicalized. Federal officials said that visa officers were not permitted to look into applicants’ social media accounts because of concerns about privacy.

Days after that failed raid on Nov. 16 in the Molenbeek district, the Belgian prime minister, Charles Michel, on Nov. 19 proposed 18 new security measures in an address to Parliament, including one that would allow the police to conduct raids at any time of the homes of people suspected of involvement in terrorist activity or suspected of possessing explosives, firearms or weapons of mass destruction on the premises.

However, Parliament is not expected to take up the proposed measures before the end of January, and some lawmakers have expressed reservations about the measures because of concerns about civil liberties.

Short of more targeted measures, the Brussels region was put on the highest possible state of alert on Nov. 21, with schools, markets and public transportation closed. The Belgian authorities stepped up the frequency and intensity of the raids, although no major new intelligence has publicly emerged from those actions.

Mr. Van der Sijpt said no exceptions to the law were permitted, even after the Brussels authorities raised the city’s alert level, putting it in a state of virtual lockdown for several days. The law prohibits raids on private homes between 9 p.m. and 5 a.m., unless the person living there invites the authorities to enter, or has been directly observed committing a crime.

Even on the night of Nov. 22, when the authorities — alarmed about the possibility of an attack in Belgium — conducted a series of raids in the Brussels region, they had to begin the raids at 8:45 p.m., 15 minutes before the 9 p.m. cutoff point.

In the weeks before the Nov. 13 Paris attacks and in the days that followed, the Belgian authorities missed opportunities to identify and arrest the suspects.

Days later, when the government lowered the city’s threat level, it said it was highly likely that the raids had helped avert a new attack.

But of 16 people who were detained, 15 were released the next day.

No explosives or weapons were found during the raids.

Molenbeek has been linked to several terrorist attacks in Belgium and abroad. Today, it is home to at least 85 people suspected of engaging in extremist activities, as well as dozens of people who have returned from fighting for the Islamic State in Syria, according to Mustafa Er, an aide to Molenbeek’s mayor, Françoise Schepmans.

The man believed to have been the chief planner of the attacks, Abdelhamid Abaaoud, 28, who was killed in a police raid outside Paris on Nov. 18, was Belgian, and at least three others involved in the attacks were Frenchmen living in Belgium, including Mr. Abdeslam and his brother Ibrahim, who blew himself up during the attacks.

The two brothers and Mr. Abaaoud were on the list of suspected Islamic militants living in Molenbeek, the mayor of the area has acknowledged. Both brothers had brushes with the law, but for lesser offenses, and they managed to organize their plot under the noses of the authorities.

In September, Mr. Abdeslam traveled by car to Hungary, where he picked up two men who returned with him to Belgium with fake identity cards.

The morning after the attacks, Mr. Abdeslam was stopped on a highway in the French town of Cambrai, near the Belgian border, but he was waved through.

Separately, the Austrian authorities are investigating two men arrested this week on suspicion of involvement with a terrorist organization and of possible links to the Paris attacks last month, a justice official said Wednesday.

The suspects, whose identities were not released, had been staying at a shelter for asylum seekers in Salzburg, which they are suspected of reaching from the Middle East along the same route as some of those who carried out the Nov. 13 attacks, said Christian Pilnacek, an official with Austria’s Justice Ministry.

But he would not give further information about the suspects, for fear of jeopardizing the investigation.

“It is clear that they used the same route,” Mr. Pilnacek said of the suspects. “That is what we know for sure. Now we have to determine whether there is anything more to it.”

This month, the Austrian authorities arrested two other men who had been staying in a shelter for migrants in Salzburg, also on suspicion of involvement with terrorism.

Mr. Pilnacek also warned against unsourced reports in the Austrian news media linking the suspects arrested this week to part of a wider terror cell, which he characterized as politically motivated attempts to sow fear of refugees among Austrians and Europeans.

Austria’s Interior Ministry has ordered a fence 3.7 kilometers long, or 2.3 miles, along part of its border with neighboring Slovenia to help manage the flow of the thousands of people who have crossed into the country in recent months.

But the wall is bitterly disputed, causing rifts along political party lines, and with some citizens refusing to allow a barbed-wire barrier to be stretched across their land in the border area.