Minister of Public Health, Hamad Hassan, chaired this Friday a meeting of the Supreme Health Council, devoted to assessing the previous stage and preparing for the next in the fight against the coronavirus pandemic.

At the end of the meeting, Minister Hassan underscored “the need to establish coordination between the various State components, considering that health security is everyone’s responsibility,” stressing the need for concerted efforts and preparedness in case a second wave of the pandemic spread occurs.

He said: “Lebanon’s strength, in the past stage, lied in its readiness despite the modest capabilities, and preparing for the next stage will require the implementation of the following steps:

– Coordinating with all active actors, sectors and concerned parties (…) and recruiting institutions and departments [that normally undertake non-health tasks] to support the Ministry of Health, especially in applying public health measures, such as the Ministry of Interior’s monitoring of compulsory home isolation.

– Working to secure the means to acquire the necessary supplies for obligatory quarantine through the concerned municipalities, ministries, government bodies, and the Ministry of Social Affairs, with the grant provided by the World Health Organization and partly from the World Bank loan.

– Raising the level of societal awareness regarding the potential pandemic risks and the need to commit to the imposed measures, because social conscience and awareness are essential factors in not contributing to the spread of the virus. (…) Hassan shed light on the importance of the media, which has always been ready to cooperate with the Ministry of Public Health. (…) He also expressed his appreciation for the role played by Prime Minister Hassan Diab, who has established permanent communication with the media, through his office, to urge the latter to support the Ministry of Health and all the concerned departments.

– Urging expatriates to commit to home quarantine and not to come in contact with anyone, not even their own family members or their neighbors, as this poses a challenge in preserve the points already gained in the fight against the pandemic.

– Public and general preparedness for a plan to secure the safe transition to normal life gradually, accurately and responsibly, by containing the second wave of infections.

– Conducting systematic campaigns and raising the percentage of targeted examinations that the ministry carries out with the World Health Organization in all Lebanese regions, in order to determine the epidemiological reality and its progress (…) in conjunction with the start of the adoption of Anti Body Screening Tests and Antigen Swab Tests for the purpose of assessing societal immunity. A preliminary idea will be formed thereon on Sunday.

– The latest measures aim to contain the second wave as much as possible. (…) In this context, Hassan stressed that medical and scientific data have confirmed the effectiveness of the face mask in preventing the transmission of the virus by 95%, even if the mask is not medical and simply made at home. He underlined the importance of tracking the families of military personnel, and monitoring the commitment of expatriates.

The Minister of Health stated that “the closure of the country was due to the high number of infections among military personnel, in various Lebanese regions. It was necessary to monitor the families of those infected, and follow up on their contacts,” stressing that “the Lebanese, expatriates and residents, form one united front, and controversy over the return of expatriates is futile. It is our shared responsibility to protect our society.” 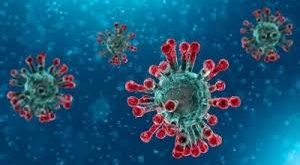 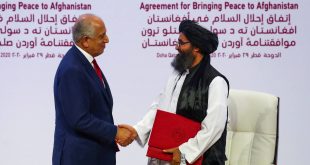