Home / Issues and Investigations / Coronavirus: ‘Significant step’ in development of vaccine for animals 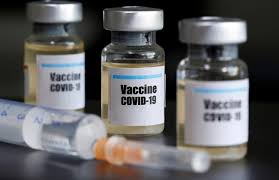 Coronavirus: ‘Significant step’ in development of vaccine for animals

Researchers at the Vaccine Group, which works with the University of Plymouth, said the development marks a significant step forward in eliminating Sars-CoV-2 in existing animal sources.

Such vaccines could also be used to ensure that cats and other pets do not incubate the virus in future outbreaks.
The company is also investigating the potential of human vaccines, with the next stage of development key to assess their efficacy for use in people.
“There have already been a number of reported cases of human to animal transmissions of the virus and recently what appears to be the first evidence of animal to human transmission from mink,” said Dr Michael Jarvis, associate professor in virology and immunology at the University of Plymouth and founder of The Vaccine Group.

“Although not from animal sources, the recent re-emergence of Sars-CoV-2 in Beijing underlines the importance of being able to control this virus for the long term.

“The ability to control Sars-CoV-2 and prevent Covid-19 re-emerging from animal populations might become a key tool in the fight against this pandemic.

“Our vaccine platform appears able to induce immunity at sites where Sars-CoV-2 replicates.

“While we are initially testing the efficacy of our vaccines in animals, positive data would open up the possibility of rapidly moving to a human vaccine.”

The company is developing a range of vaccines to test different antigens and approaches to stimulating immunity.

It is still unclear which approaches to creating effective and durable immunity will work in both animals and humans.

Testing found Sars-CoV-2 antigens were successfully incorporated in the company’s vaccine platform, meaning the vaccines should stimulate an immune response once in the target animal.

Work is now under way to prepare stocks of the two vaccine candidates for animal trials.

The company is continuing to develop two other possible vaccines.

atthew White, chief commercialisation partner at Frontier IP, which supports the Vaccine Group, said: “It is impressive to see the speed with which the team has developed these vaccine candidates.

“Based on previous work with the same vaccine delivery platform we are hopeful that animal trials will demonstrate positive results.”

Separately, a study in pigs has shown that two doses of a coronavirus vaccine candidate produce a greater antibody response than a single dose.

The ChAdOx1 nCoV-19 (AZD1222) vaccine, developed by the University of Oxford, is currently undergoing human trials and it is hoped an effective vaccine could be ready later this year.

Previous research indicated that macaques were protected against lung disease after a single immunisation.

Researchers said the finding in pigs is important as it suggests that two doses of the new vaccine could potentially give significantly more protection in humans than a single dose.

But they said further research in humans is required.

Professor Bryan Charleston, director of the Pirbright Institute, said: “These results look encouraging that administering two injections with the same vaccine boosts antibody responses that can neutralise the virus, but it is the response in humans that is important.

“The pig has proved to be a valuable model for testing human vaccines for other diseases to give an indication of the type of immune response induced and testing different doses.

“Pigs are more physiologically similar to humans than some other animal models — for example, their body weight and metabolic rate — and are more accessible than studies using non-human primates.” 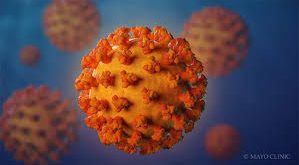 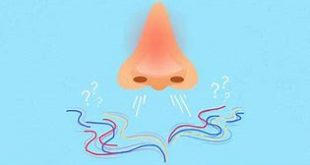