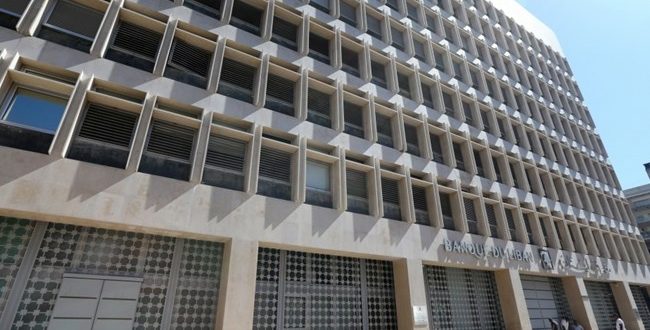 The Central Bank Friday instructed commercial banks to allow customers with deposits of not more than LL5 million to withdraw their money after converting them to the current dollar market exchange rate based on the prices of an electronic platform that will be created soon.

Central Bank Gov. Riad Salameh told Reuters that a foreign exchange unit will work on banknotes at the market rate, and will buy and sell.

He added that the official peg will be maintained in bank transactions and for critical imports.

In a circular to the banks, BDL said that any customer who has a deposit of maximum LL5 million can ask the bank to withdraw his/her money at the current dollar exchange rate of the dollar that are traded by the exchange dealers.

“In other word, if the dollar is traded by the exchange dealers at LL2,500 or LL2,700, then the depositor with a maximum deposit of LL5 million can withdraw LL7.5 million or maybe more. The whole idea is to encourage all customers with maximum deposits of L5 million to withdraw all their money and permanently close their account in the bank,” a chairman of a medium size bank told The Daily Star.

But BDL explained in a second circular that an electronic platform will be set up soon to show the price of the dollar traded in the market.

It added that the platform will be composed of BDL, commercial banks and the association of exchange dealers.

The purpose of this platform is to streamline trading in foreign currencies.

The customer who wants to withdraw the LL5 million has to accept the rate displayed at the electronic platform and not the prices set by some exchange dealers.

BDL stressed that customers can benefit from this offer for three months only.

A chairman of a large bank also told The Daily Star that BDL intends to release other circulars Monday or Tuesday to explain the mechanism of the withdrawals.

“There are some ambiguities in the first circular so BDL needs to explain the mechanism of these operations. We don’t want the customers coming to us the next day demanding to withdraw his LL5 million deposit at the price of LL3,000 per dollar. Banks will stick to the price of the platform only,” the banker said.

Banks have applied a rigid capital control and most notably on holders of dollar accounts.

Customers complain the most of banks refusing to allow them to withdraw any dollar from their account.