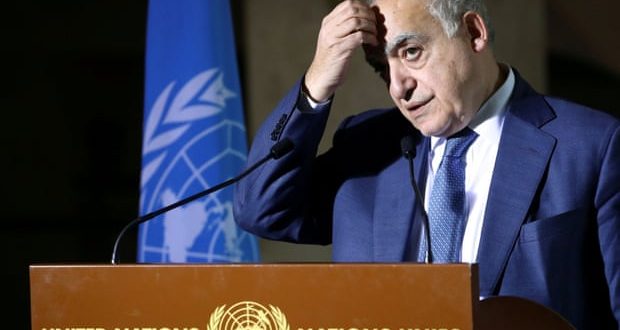 International efforts to broker a Libyan ceasefire have been plunged further into chaos by the unexpected resignation of Ghassan Salamé, the UN special envoy to the country.

Salamé’s move, amid UN-led talks in Geneva, is an admission that he has been unable to persuade major powers to use their leverage to end the civil war between Khalifa Haftar, the leader of so-called Libyan National Army forces in the country’s east, and the UN-recognised government of Fayez al-Sarraj, based in the capital, Tripoli.

Last week Salamé said powerful nations had not stuck to commitments made at a peace conference in Berlin in January, to use their influence to end interventions by external powers. His decision to quit is likely to by followed by a further rise in political violence, and the continuation of an oil depot blockade that has led Libya’s oil production to grind to a halt.

A United Nations arms embargo, recently endorsed again by the UN security council, has been flagrantly violated, with no attempt to hold the major culprits, Turkey and the United Arab Emirates, in any way accountable.

UN reports repeatedly identified the sources of breaches of the arms embargo but then held back from naming the relevant country.

Salamé, in post for two years, has been frustrated by the willingness of European powers including France to covertly back Haftar along with Russia. Posting his resignation statement on his personal Twitter account, Salamé said he had spent two years trying to reunite the country and curb the influence of outsiders, but that he could no longer continue because of health reasons.
“My health no longer allows this rate of stress,” Salamé wrote, adding that he had asked the UN secretary general, António Guterres, to relieve him of his post.
A former diplomat and academic, Salamé cut a desolate figure at the end of political talks in Geneva, admitting he had made little practical progress in persuading the two sides to end hostilities that started when Haftar launched an assault on Tripoli last April.
He also hit out at the performance of major powers since the Berlin conference, saying: “Did I get the kind of support needed since then? My answer is: no. I need much more support. They have many ways of putting pressure on those who violate the ceasefire, on those who violate the arms embargo, on those who do not come to Geneva political talks, on those who give orders to sabotage the military or political talks. They could be doing all this. Did they do it the way they committed to do it? My answer is no.”