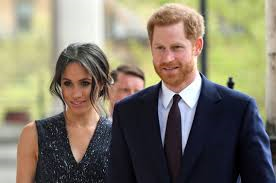 Head of state announces ‘period of transition’, with Duke and Duchess of Sussex living in Canada and UK

The Queen has backed the Duke and Duchess of Sussex following a crisis summit about their future roles, saying the royal family “respect and understand” their desire to step back as senior royals.

The head of state announced there would be a “period of transition” which will see Prince Harry and Meghan living in Canada and the UK.

In a statement issued by Buckingham Palace, the Queen said: “Today my family had very constructive discussions on the future of my grandson and his family.

“My family and I are entirely supportive of Harry and Meghan’s desire to create a new life as a young family.

“Although we would have preferred them to remain full-time working members of the royal family, we respect and understand their wish to live a more independent life as a family while remaining a valued part of my family.

She continued: “Harry and Meghan have made clear that they do not want to be reliant on public funds in their new lives.

“It has therefore been agreed that there will be a period of transition in which the Sussexes will spend time in Canada and the UK.

“These are complex matters for my family to resolve, and there is some more work to be done, but I have asked for final decisions to be reached in the coming days.”

The Queen was joined at Sandringham by the Prince of Wales and Duke of Cambridge for the talks with Harry.

It is unusual for the Queen to issue a statement in her own name. Such statements are typically deployed when paying condolences after the death of a foreign head of state, or expressing sympathies after a natural disaster or terror attack.

The monarch did not use the formal titles of the couple – the Duke and Duchess of Sussex.

Harry and Meghan announced on Wednesday they wanted to step back as senior royals and be financially independent.

The couple made the shock announcement without telling the Queen or other senior royals first, with the mood at the palace reported to be one of disappointment.

The palace later poured cold water on the announcement by saying the couple’s plans were not finalised and discussions remained “at an early stage”.

“We understand their desire to take a different approach, but these are complicated issues that will take time to work through,” a spokesperson for the palace said.

Meghan returned to Canada to be with eight-month-old son Archie after the couple’s announcement and it is thought she joined the discussions at Sandringham by phone.

There were also reports the couples’ two pet dogs had remained in Canada after Harry and Meghan travelled there in November for a six-week break in November, prompting speculation the couple plan to set up their permanent home in North America.

Their decision to distance themselves from the royal family drew mixed reactions from the British public.

Many expressed sympathy For Harry and Meghan but said they should not receive taxpayer-funded security if they do not perform public duties.

A poll for the Daily Mail found 76 per cent of the British public believe Harry and Meghan should sacrifice their Metropolitan Police protection after they step back. Some 73 per cent said the same for taxpayer-funded security measures.

The Queen’s announcement came hours after the Duke of Sussex and Duke of Cambridge released a joint statement dismissing a “false story” published in a UK newspaper, understood to refer to an article in The Times that included accusations of bullying.

The statement read: “For brothers who care so deeply about the issues surrounding mental health, the use of inflammatory language in this way is offensive and potentially harmful.”

“For brothers who care so deeply about the issues surrounding mental health, the use of inflammatory language in this way is offensive and potentially harmful.”