Home / Last News / Tensions Are Rising Between Washington and Tehran 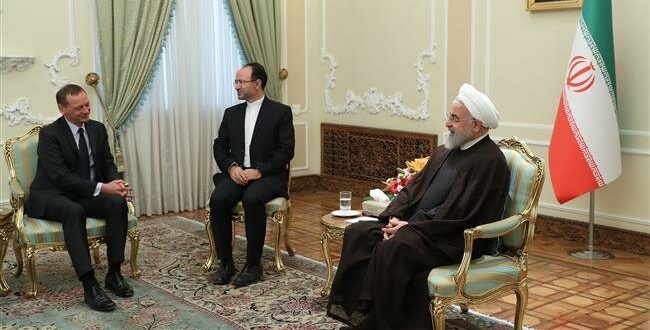 Tensions Are Rising Between Washington and Tehran

According to the British government, at least three Iranian vessels “attempted to impede” a British oil tanker in the Gulf yesterday. The Iranian boats withdrew after warnings from British warship.

The oil tanker British Heritage, operated by BP, was attempting to pass the Strait of Hormuz when the incident took place; almost a week after British Royal Marines boarded an Iranian tanker, the Grace 1, off Gibraltar and seized it on suspicion that it was breaking EU sanctions by taking oil to Syria.

The British government spokesman announced in a statement on Thursday “Contrary to international law, three Iranian vessels attempted to impede the passage of a commercial vessel, British Heritage, through the Strait of Hormuz.”

In the aforementioned statement, British government urged Iranian authorities to “de-escalate the situation in the region”.

“Apparently the British tanker has passed. What the British have said themselves and the claims that have been made are for creating tension and these claims have no value,” Zarif said.

Iranian president Hassan Rohani, have warned the British government on Wednesday during a cabinet meeting, saying that  it would face unspecified consequences in response to the seizure of an oil tanker bound for Syria off the coast of Gibraltar last week. The Iranian ship remains in British possession.

Tensions in the region have been rising over the few past weeks.

After the U.S. government renewed sanctions on Iran key revenue earner: crude oil exports, Iran responded by moving away from its  2015 nuclear accord, the Joint Comprehensive Plan of Action (JCPOA)engagements. The Iranian government had announced last week its plans to enrich uranium beyond the levels allowed under the terms of the 2015 nuclear deal.

During his meeting with the French envoy Emmanuel Bonne, Iran’s President Hassan Rouhani said Tehran had “completely kept the path of diplomacy and talks open”, in remarks to a statement from his office.

According to French Foreign Minister Jean-Yves Le Drian, Bonne’s  mission was “to try and open the discussion space to avoid an uncontrolled escalation, or even an accident”.

Before meeting with Bonne, Zarif said “negotiations are never possible under pressure”, in reference to US sanctions against Iran. Pointing to the US withdrawal from the JCPOA, he added that the Europeans “must solve that problem.”

However, while the French envoy pressed the high-level talks, Donald Trump warned in a tweet that US sanctions against Iran would soon be “increased substantially”, saying that Tehran had “long been secretly enriching” uranium.

On another hand, Iran dismissed the U.S. president claims after an emergency meeting of the International Atomic Energy Agency (IAEA) in Vienna on Wednesday.

Iranian ambassador to the watchdog said on Wednesday, that all of Iran’s nuclear activities are monitored by the UN nuclear watchdog policing its nuclear deal with major powers.

“We have nothing to hide,” Kazem Gharib Abadi told reporters after an emergency meeting of the International Atomic Energy Agency’s (IAEA) 35-nation Board of Governors called by the United States.

Washington took advantage of the meeting to accuse Iran of nuclear “extortion” after it crossed the deal’s limit on enrichment levels over the past week, but the U.S. government is still offering a negotiations opportunity with Tehran.

US Ambassador to International Organizations in Vienna Jackie Wolcott said to reporters “There is no way to read this as anything other than a crude and transparent attempt to extort payments from the international community”.

Iran says that these moves are a clear response to the punitive U.S. sanctions on its economy, renewed by Donald Trump after his withdrawal from the 2015 nuclear deal.

In May, a year after Trump’s withdrawal, Rouhani said Iran would roll back its commitments under the deal in stages every 60 days in an effort to force the other parties to deliver on their side of the bargain.

As tensions rose, the US dispatched a naval carrier, bombers and extra troops to the region to counter perceived threats from Iran.