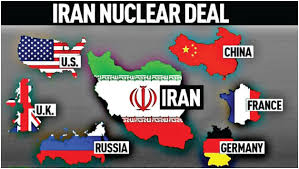 Iran welcomes France’s efforts to save the 2015 nuclear deal, the Iranian Foreign Ministry spokesman said on Wednesday as French President Emmanuel Macron’s top diplomatic adviser visited Tehran for talks to help ease the crisis.
Iran threatened on Monday to restart deactivated centrifuges and ramp up enrichment of uranium to 20% purity in a move away from the nuclear accord.

Tehran has been pushing the European signatories to the accord to protect Iran from U.S. sanctions, which Washington re-imposed after leaving the pact last year.

Iran’s state news agency IRNA reported that Foreign Ministry spokesman Abbas Mousavi “welcomed France’s role in reducing tension and implementing the accord.”
“The French are part of efforts … to keep the nuclear deal alive,” Mousavi was quoted as saying during the visit by Emmanuel Bonne, Macron’s top diplomatic adviser.