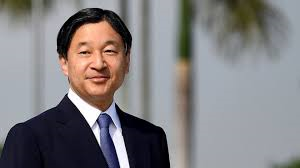 The Japanese government has unveiled “Reiwa” as the name of a new era that will dawn at the start of next month, with the ascension of emperor-in-waiting Naruhito.
It comes after the historic abdication of Emperor Akihito, whose “Heisei” era will come to an end on 30 April after he became the first ruler of Japan in 200 years to voluntarily give up the throne.
Though there has been a shift among many in increasingly globalised Japan to use the Gregorian calendar, the era name is still used officially and has wide-reaching impacts on life in the country.
The name is traditionally drawn from classical Chinese literature, but Reiwa breaks a 1,300-year streak by coming from Japanese poetry, the 7th century collection “Manyoshu”.
There had been speculation that the hawkish government of Shinzo Abe, which has responsibility for naming the new era after the post-war constitution stripped all political powers from the emperor, would steer clear of a Chinese name.
The name was announced by the chief cabinet secretary, Yoshihide Suga. “We hope it will be widely accepted by the people and deeply rooted as part of their daily lives,” he said.
Mr Abe said the name means that culture is born and nurtured as the people “beautifully care about each other.”
“With this selection of a new era name, I renew my commitment to pioneer a new era that will be filled with hope,” he said.
The Manyoshu is Japan’s oldest poetry collection and symbolises Japan’s rich culture and long tradition, Mr Abe said.
The announcement of the name had been kept a tight secret, and now gives businesses and government departments just a month to prepare.
While speculating about a new era is normally taboo, Akihito’s voluntary abdication meant it was open season for Japanese media and the public to try and second-guess the process. Rumours had included “Ankyu”, which uses the same Chinese character as in Abe’s family name.
The name change will come at a time of national holidays around 1 May and, analysts believe, add to already boosted recreational spending, as people rush to make purchases that are the “last of Heisei” and then the first of the Reiwa era.