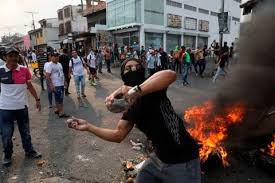 Is Venezuela lurching toward war?

Want smart analysis of the most important news in your inbox every weekday along with other global reads, interesting ideas and opinions to know?

The political standoff in Venezuela teetered toward open conflict over the weekend. Clashes between opposition supporters and security forces — as well as armed mobs loyal to President Nicolás Maduro — led to several deaths and hundreds of people injured.
The most dramatic scenes unfolded Saturday on the bridges connecting the Colombian city of Cúcuta to Venezuelan towns across the Tachira River. Opposition leader Juan Guaidó — now recognized by dozens of countries as Venezuela’s legitimate interim president — appeared on the Colombian side alongside that country’s president, Iván Duque, calling for convoys of humanitarian aid to be let into his beleaguered nation.
“In a way,” my colleagues noted on Saturday, “this day was meant to be as much about provocation as about the aid itself.” The opposition hoped the aid convoys would break the ranks of soldiers blocking their path and precipitate a broader mutiny against the government. But though some 60 to 100 soldiers did choose to defect across the border to Colombia, thousands remained in lockstep with the regime. The aid trucks’ attempts to motor through were mostly stopped.
Meanwhile, those soldiers — along with riot police — clashed with anti-government protesters. Demonstrators hurled rocks and molotov cocktails; security forces responded with tear gas and even live fire, according to some reports. Organized groups of regime loyalists, known as “colectivos,” rushed at demonstrators atop motorbikes in at least one section of the border. Hundreds of miles away, along Venezuela’s border with Brazil, colectivos allegedly opened fire and killed four people.
“As night fell, there was no massive shipment of food and medicine headed to Venezuela’s neediest,” my colleagues wrote. “One truckload of aid made its way into Venezuela from Brazil and several others inched across the Colombian border into Venezuela before being blocked by government forces. And there was no political resolution, with two men — Maduro and Guaidó — still claiming the presidential mantle.”
Maduro, whose embattled regime is accused of presiding over Venezuela’s ruinous economic collapse, severed diplomatic ties with neighboring Colombia and snarled defiance from Caracas, dubbing Guaidó a “clown,” “imperialist beggar” and a “pawn” of President Trump.
The Trump administration ratcheted up its own rhetoric against Maduro. Last week, Trump declaimed the “agony of socialism” at a speech in Miami, where he urged “Venezuelan patriots” to rise up against the regime. On Sunday, Secretary of State Mike Pompeo told CNN the United States was determined to see that Cuba and Russia “no longer hold sway” in Venezuela, adding that he was “confident” Maduro’s “days are numbered.” Just days before Trump is set to exchange handshakes with North Korea’s totalitarian leader, Kim Jong Un, Pompeo denounced Maduro as a “sick tyrant.”
The prospect of a military escalation — which the White House has downplayed, though not dismissed — now looms. On Saturday, Guaidó seemed to nod in that direction as his aid gambit stalled. “Today’s events force me to make a decision: to pose to the international community in a formal way that we must have all options open to achieve the liberation of this country that is fighting and will continue to fight,” he tweeted.
On Monday, the Venezuelan opposition leader will join a meeting of regional leaders in the Colombian capital, Bogota, which will also be attended by Vice President Pence. The consensus that emerges there will shape the opposition’s actions to come.
“There is no question that a military intervention to resolve the Venezuela crisis is more plausible than ever,” said Michael Shifter, president of the Inter-American Dialogue, a Washington-based think tank, to The Post. “Guaidó’s insistence that ‘all options are on the table’ echoes President Trump’s words, first uttered in August 2017 and widely interpreted as serious consideration of military action.”
Amid a flurry of tweets, Sen. Marco Rubio (R.-Fla.), a particularly vocal critic of Maduro, posted an image of a bloodied Moammar Gaddafi — seemingly linking Maduro’s fate with that of the Libyan strongman who was toppled and killed in 2011.
It was a conspicuous and perhaps unfortunate parallel to draw. Gaddafi’s ouster required a lengthy U.S.-led bombing campaign, and Libya has since been riven by political instability and feuding militias. It also sends a curious message at a time when Trump officials are about to meet with the North Koreans, who have cited what befell Gaddafi as justification for their pursuit of weapons of mass destruction.
Critics fear that the bellicosity of the White House and its allies is undermining the prospect of a more peaceful resolution to the crisis. “Maduro is evil, and the U.S. should pursue a strategy to undermine him and prompt new elections. No one can defend what he has done to Venezuela,” tweeted Sen. Chris Murphy (D-Conn.). “But it’s quite a different thing for the U.S. to incite a civil war with no real plan for how it ends.”
“While the United States, of course, brings unmatched capabilities to the table, the administration must make every effort to maintain a broad front with its democratic partners on Venezuela,” José R. Cárdenas, a former official in the George W. Bush administration, wrote in Foreign Policy. “What Maduro wants most of all is to turn the crisis into a bilateral confrontation with the United States and, more importantly, with Trump. He must not be allowed to accomplish that.”
Cárdenas added that any political transition that replaces Maduro must include officials from the “chavista” regime, that is, political figures who embraced the original “socialist” politics of Hugo Chávez, Maduro’s far more charismatic predecessor. “It is important to remember that not all officials who follow Chávez are crooks or human rights abusers,” he noted. “Some of them truly believe in a more inclusive Venezuela — that is, incorporating the poor more into the life of the country.”
That sort of conciliatory approach is, at least right now, nowhere in sight. 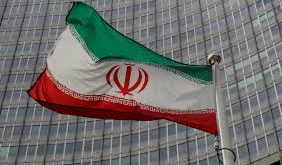 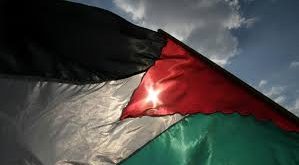 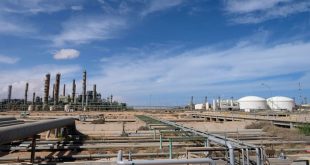