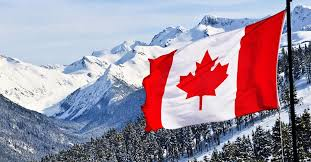 Built to hunt Russian submarines, Canadian frigate HMCS Calgary is instead chasing Japanese and U.S. subs in western Pacific drills as Canada joins other maritime nations in seeking to contain Chinese influence in the Indo Pacific.
“The expectation is to see one, if not two ships, on a year round basis doing a variety of things with a variety of partners in the region,” Commander Blair Saltel, the captain of Calgary, said in Yokosuka, Japan.
His ship, docked at the naval base near Tokyo along with Canadian navy supply ship the Asterix, left Canada in July on a mission that has taken it through the East China Sea, to Australia and into the contested South China Sea, where it encountered curious Chinese warships.
Last week, it joined Japanese and U.S. warships, including the USS Ronald Reagan aircraft carrier, for anti-submarine warfare exercises in the Western Pacific that were part of the biggest combat readiness war game ever staged in and around Japan.
“There’s an opportunity for Canada to demonstrate that we have experience working with allies within coalitions,” said Saltel.
Canada’s decision to deploy ships to Asian naval exercises comes as other nations, including Britain and France, bolster their presence in a region, fearing China’s growing military power could see vital commercial sea lanes come under Beijing’s sway.
London this year has dispatched three warships to the Indo Pacific, including its largest amphibious assault ship, HMS Albion. On its return journey west following a visit to Japan, the 22,000 ton vessel, with a contingent of 120 Royal Marines on board, sailed close to islands claimed by China in the South China Sea.
Beijing, which says its presence on island bases there is peaceful, slammed the operation as a “provocation”.
Japan, which operates the second largest navy in Asia, this year dispatched the Kaga helicopter on a two-month tour through the South China Sea, and into Indian Ocean, where it sailed with the latest British warship to travel to the region, the Argyll.
Before returning to Canada, the Calgary this month will sail to Sasebo in western Japan, another key base for both the U.S. and Japanese navies, for more anti-submarine warfare drills.
“It’s a steady progression toward a mutual agreement to make sure we can share information, share logistics and be able to cooperate at a moment’s notice should our navies require,” Saltel said on the Calgary’s bridge as his crew and local Japanese engineers carried out maintenance work.