Home / Last News / Jeremy Hunt calls on France and Germany to stop no-deal Brexit, insisting Theresa May will not ‘blink’ 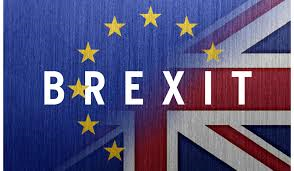 Jeremy Hunt calls on France and Germany to stop no-deal Brexit, insisting Theresa May will not ‘blink’

Jeremy Hunt has called on France and Germany to intervene to prevent the UK crashing out of the EU with no deal, insisting Theresa May will not “blink”.
The foreign secretary appealed to the EU’s most powerful countries to force Brussels to offer the UK better terms, as he warned the likelihood of a no-deal Brexit is “increasing by the day”.
It came as Emmanuel Macron, the French president, invited Ms May to break off her holiday for urgent talks at his retreat in the south of France on Friday.
Michel Barnier, the EU’s negotiator, and some senior EU politicians have ridiculed the notion of Berlin and Paris stepping in to end the deadlock and arrange a more favourable deal for the UK.
But Mr Hunt said: “There is real chance of no deal by accident. Everyone is assuming, no, no, no, this will never happen. Well, actually, it could.
“France and Germany have to send a strong signal to the commission that we need to negotiate a pragmatic and sensible outcome that protects jobs on both sides of the Channel, because for every job lost in the UK, there will be jobs lost in Europe as well if Brexit goes wrong.”
In an article for the London Evening Standard, Mr Hunt wrote: “The probability of no deal is increasing by the day until we see a change of approach from the European Commission who have this view that they just need to wait and Britain will blink. That is just a profound misunderstanding of us as a nation.”
Despite backing Remain – and once calling for a fresh referendum on the Brexit deal – he also insisted the UK would “thrive”, even with the massive disruption of no deal.
“I’ve always been someone who believed that, if we ended up with no deal, we would find a way to thrive economically because we are Britain, we are that sort of country. We have solved these kinds of problems,” the foreign secretary wrote.
That verdict is strongly contradicted by the government’s own leaked Brexit impact assessment, which warned of an 8 per cent hit to national output without a trade agreement.
The International Monetary Fund (IMF) has also warned the UK economy would suffer more than the EU’s – losing 4 per cent of GDP, compared with 1.5 per cent across the channel.
And ministers have been forced to concede there are emergency plans to ensure food, medicines and blood would still be available after exit day next March.
Mr Hunt’s appeal comes after Mr Barnier last week rejected the UK’s proposals for customs after Brexit, appearing to kill off the prime minister’s Chequers plan.
The chief negotiator also urged the UK not to go behind his back, saying: “Anyone who wants to find a sliver of difference between my mandate and what the heads of government say they want are wasting their time, quite frankly.”
No 10 confirmed the prime minister would fly to the south of France on Friday, cutting short her holiday in Switzerland and Italy by one day.
In his article, Mr Hunt claimed there was a new unity in the cabinet after he replaced Boris Johnson and Dominic Raab replaced David Davis as Brexit secretary.
“We have a united cabinet position, we are absolutely clear what we want, we know it’s not just the right thing for Britain, but it’s the right thing for Europe as well,” he said.